A court has reserved judgment on a petition against the display of the flag of the ruling Pakistan Tehreek-e-Insaf (PTI) on the Sehat Insaf Card issued by the present federal government, which will be announced later. 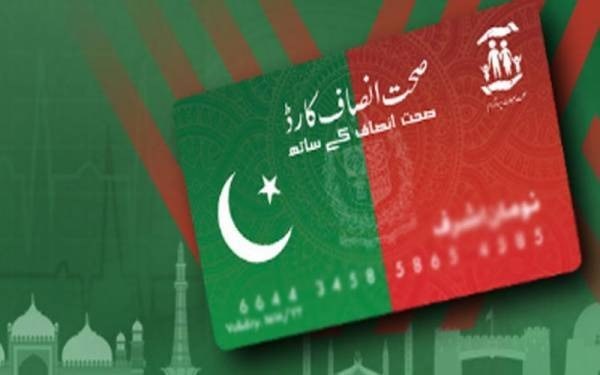 Islamabad High Court Chief Justice Athar Minullah heard the petition of Mohsin Shah Nawaz in which the federal government and the Ministry of Health were made parties.

On behalf of the federal government, Deputy Attorney General Tayyab Shah and a lawyer for the Ministry of Health appeared in court.

The Chief Justice asked the Deputy Attorney General whether the comments were filed by the federal government.  The court directed the deputy attorney to read the reply submitted by the federation.

The deputy attorney general said there was no political propaganda on the card.  The Chief Justice asked you to show the Sehat Insaf Card.

After looking at the card, the Chief Justice remarked, “This is publicity and you are violating the decision of the Supreme Court.”  The Supreme Court has made it clear that political advertising cannot be done with public funds.

Chief Justice Athar minullah said that what you cannot defend, do not defend.  The deputy attorney general said it could be unintentional.

The judge remarked that this was not done unintentionally.  The court directed the counsel for the petitioner to read the decision of the Supreme Court.

The court questioned the lawyer of the Ministry of Health as to which department these cards belong to?  Whose scheme is this?

The Chief Justice inquired if this was a scheme of the federal government then was it put before the federal cabinet?  The court asked the counsel for the petitioner whether this happens in foreign countries.  Is the image of Boris Johnson and Donald Trump advertised?