What is the purpose of the US presidential nominating conventions? 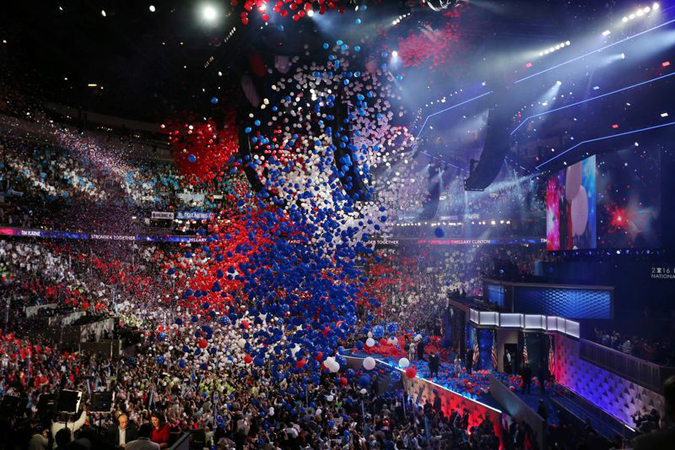 The United States has held presidential nominating conventions for almost 200 years, and they have served in recent decades as an important televised introduction to each party’s candidate in the final months before the election.

Here is a look at the upcoming Democratic and Republican national conventions, which kick off on Monday and run back-to-back weeks. The presidential election is Nov. 3.

US political conventions were once a place where presidential nominees were decided, often after multiple ballots and long fights, often among party elders in “smoke-filled rooms.” But that has not happened in decades.

The last time a nomination was in much doubt as a convention opened was 1976, when Republican President Gerald Ford held off Ronald Reagan in Kansas City, Missouri. The last convention to go beyond a first ballot was in 1952 in Chicago, when Democrats chose Illinois Governor Adlai Stevenson.

Now, the nominees are chosen by voters in a state-by-state series of primary elections, with delegates from each state ratifying the choice at conventions that are designed to showcase the party’s candidate and message.

The Democratic convention runs Monday through Thursday. The Republican convention will be held from Aug. 24 to 27. Both will be mostly virtual this year, because of the coronavirus pandemic.

Four nights of speeches at each convention are intended to excite a prime-time television audience to get behind the nominee and serve as the starting gun for the final sprint to the November election.

The parties will trot out heavyweight political names before presumptive nominees Democratic former Vice President Joe Biden and Republican President Donald Trump deliver their acceptance speeches on the respective final nights. But the conventions also provide a chance for the parties to highlight people they view as up-and-coming political stars. Few have taken advantage of the opportunity as well as Barack Obama in 2004, when the relatively unknown Illinois Democratic state legislator delivered an indictment of political polarization. The keynote address helped propel him to the White House four years later.

Both party candidates usually benefit from a small bounce in opinion polls after their prolonged exposure at conventions, but the effect is often short-lived and the bounces have gotten smaller as US politics become more polarized. Polling averages compiled by the American Presidency Project at the University of California at Santa Barbara show Democrat Hillary Clinton received a 2-percentage-point bounce and Trump a 3-point bounce after the 2016 conventions.