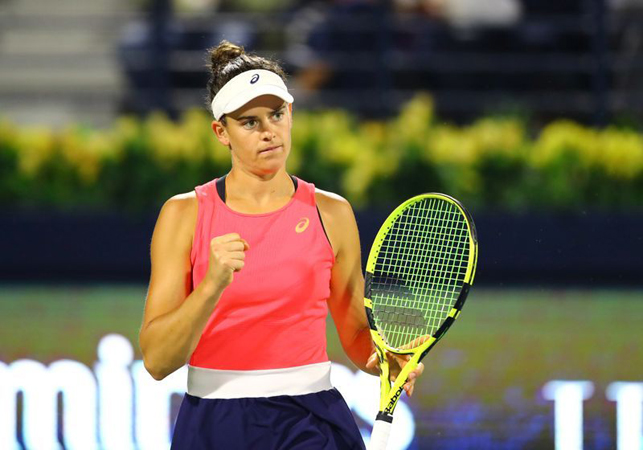 LEXINGTON: American Jennifer Brady clinched her first career WTA title on Sunday, defeating Switzerland’s Jil Teichmann 6-3 6-4 in the Top Seed Open final. The hard court, outdoor competition in Lexington, Kentucky, marked the WTA’s first tournament in the United States since the coronavirus outbreak forced almost all sport into a long break earlier this year. In the first set, a defensive effort saw Brady save all four break points faced before going on the attack in the second set, winning more than 80% of her first serve points in front of the empty stands. Brady, who defeated Coco Gauff in straight sets in the semifinal, thrust her hands into the sky after firing off a forehand winner to clinch the match and walked to the net to tap her opponent’s racket in a socially distanced gesture of sportsmanship. The Cincinnati Masters is scheduled to be played at Flushing Meadows, New York from later this week, followed by the U.S. Open, also at its usual Flushing Meadows home, from Aug. 31 to Sept. 13.