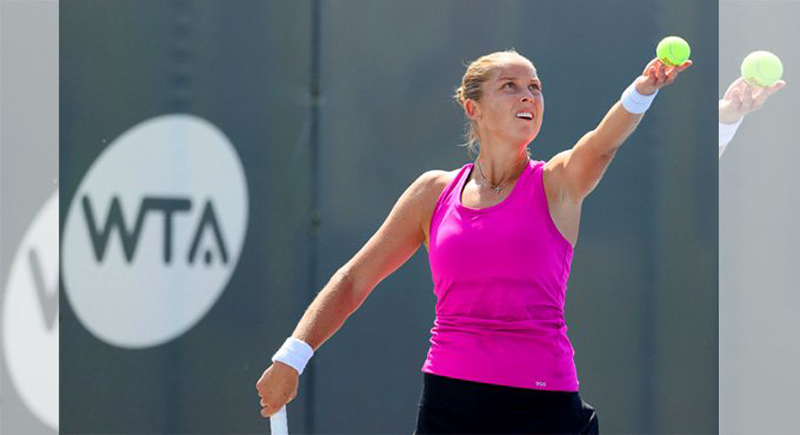 LEXINGTON: Shelby Rogers pulled off one of the biggest wins of her career when she toppled Serena Williams 1-6, 6-4, 7-6(5) in the quarter-finals of the Top Seed Open in Lexington on Friday. It looked like the top seed would make quick work of Rogers in the rain-delayed encounter after romping through the first set in 26 minutes. But world number 116 Rogers kept her composure and got the better of Williams as the first meeting between the two big hitting Americans turned into a slugfest. Rogers sealed the win when Williams sent a backhand long on match point.

“It’s every kid’s dream when they are growing up watching her play and to be able to do something like that,” said Rogers, who has yet to get used to the unfamiliar surroundings as the event is being played without any fans in attendance due to the Covid-19 pandemic. “Weird circumstances.Weird setting. But a win is a win. I know we’re all just happy to be playing.” Next up for Rogers will be Switzerland’s JilTeichman. Williams was hoping the tournament would help her to get into top form for the US Open, which starts on Aug. 31.

But having been stretched to three sets in all three of her matches this week, the 38-year-old American knows she has plenty of work to do if she is to fulfil her dream of winning that elusive 24th Grand Slam title at Flushing Meadows. “I could play a lot better, I think that’s the main thing I can take from this match,” Williams said. “I made it difficult on myself by making a plethora of unforced errors.” In the other quarter-final of the day, 16-year-old Coco Gauff battled back to defeat Tunisian OnsJabeur 4-6 6-4 6-1 and will next face fellow American Jennifer Brady.