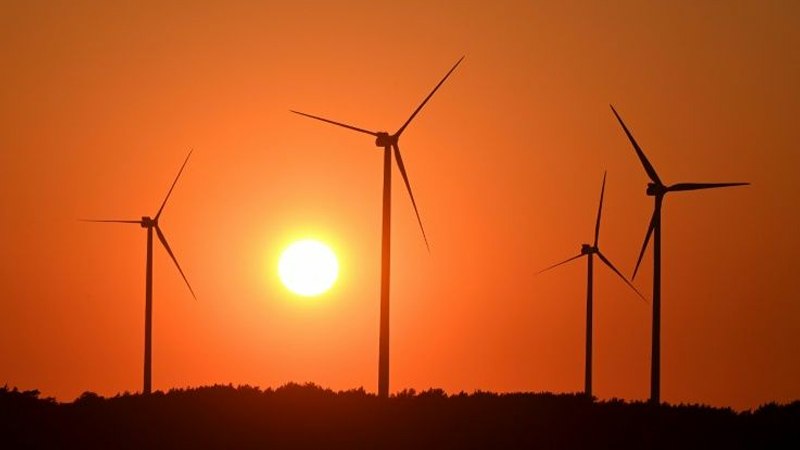 Wind and solar produced a record 10 percent of global electricity in the first half of 2020 as the world’s coal plant fleet ran at less than half its capacity, analysis published Thursday showed.

Despite a near-record drop in power demand due to the pandemic, renewables accounted for 1,129 terawatt-hours in January-June, compared with 992 in the first six months of 2019, according to a report by the Ember energy think tank.

Overall, the percentage of power drawn from wind and solar has more than doubled from 4.6 percent in 2015 — the year of the landmark Paris deal on climate change.

On the other hand, generation from coal — the most polluting fossil fuel — fell 8.3 percent in the first half of 2020, the analysis showed.

This was despite leading emitter China increasing its share of the global coal fleet slightly.

“From 2015 it’s an incredible amount of growth (in solar and wind), but even at 10 percent it’s not completely transformational,” Dave Jones, senior electricity analyst at Ember, told AFP.

“When we ask is it enough what we are really talking about is, how fast are emissions falling?

The analysis showed that many major economies — including China, the United States, India, Japan, Brazil and Turkey — now generate at least 10 percent of their electricity through wind and solar.

Britain and the European Union were singled out for particular praise, deriving 21 and 33 percent of their power from renewables, respectively.

The accord also aims for a safer cap of 1.5C of warming.

To reach this, the United Nations says emissions must fall 7.6 percent annually this decade. Jones said that while 30 percent of coal’s decline this year could be attributed to increased wind and solar generation, the rest was likely due to the economic slowdown caused by COVID-19.

“A large part of this is obviously due to the pandemic rather than long term trends and — let’s be honest — it’s not fast enough if your target is 1.5 C,” he said.

A study published last week in Nature Climate Change found that absent a rapid switch away from fossil fuels, the unprecedented fall in emissions due to COVID-19 would do virtually nothing to slow climate change.

The Intergovernmental Panel on Climate Change says that coal use needs to fall 13 percent every year this decade to keep the 1.5-C goal in play. China, the world’s leading polluter, reduced its coal production just two percent so far this year despite its economic slowdown caused by the pandemic.