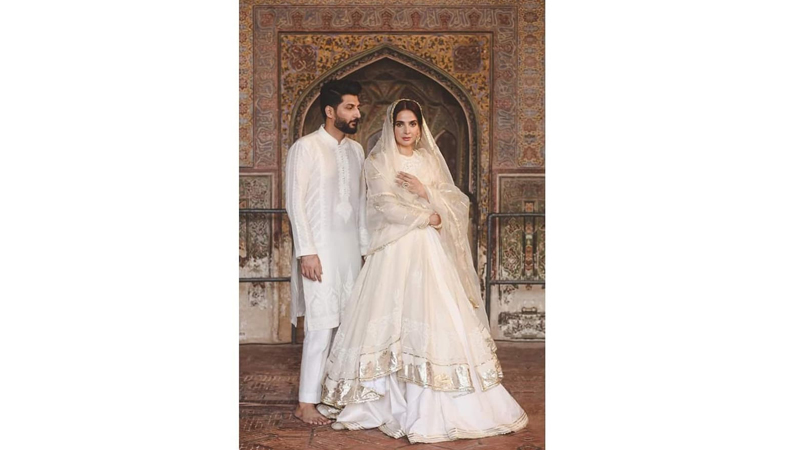 Saba Qamar and Bilal Saeed are facing criticism after it emerged that the duo shot a music video inside historical Wazir Khan mosque.

The actress reacted to the criticism in a series of tweets in which she explained what actually happened at the shoot.

According to Saba, only one sequence was shot at the mosque which was a prologue to the music video featuring a Nikah scene.

“It was neither shot with any sort of playback music nor has it been edited to the music track,” she tweeted.

In another tweet she said, “the BTS video that’s been circulated on social media was just a circular movement to click stills for the poster of ‘Qabool’ depicting a happily married couple right after their Nikah.”