In 1972, a photo from the Vietnam war was enough to send shockwaves to the whole globe leading to worldwide protests, particularly in the mainland United States. Nick Ut, an American-Vietnamese photographer, seized the horrors of the Vietnam war in his lens where a girl was crying while her flesh was bowling and boiling out due to a napalm strike. The impact was clear, human consciousness was well-aware of morals, well clear in what is just and what is beyond the limits of moral humane values. 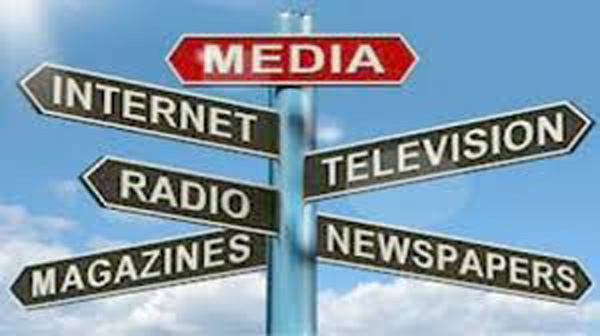 In 1991, a SCUD missile flew over the skies of Iraq while Christine Amanpour reports. For the first time the media started to livestream the horrors of war. What did it? It made people watch a live war while sitting on their comfy sofa in front of the TV screens from their homes. So, welcome to an era where wars and horrors of it are being normalized and delusions in the fields of morality have started to be created, human consciousness has now been meddled to accept violence as just. TV screens started to implode with narratives which justifies the war.

Fast forward to 2015 the age of consequences, another photo, a three year old Syrian toddler Alan Kurdi with Kurdish ethnic background, whose body was washed out on the bank of Mediterranean sea. The photo took the globe with a storm. A momentary shame was indeed observed but it was momentary. Even president Erdogan vocalized his death on forums to stir the global consciousness. A flurry few days and then there is no Alan Kurdi or perhaps it was too late. In 2016, Hungarian journalist Petra Lazlo kicked a Syrian refugee which was recorded. However she even made a documentary on Hungarian refugees back in the 1950’s. Her act was an absolute reflection of the global response to the unprecedented miseries and torment.

Now in 2020, as Indian atrocities and gruesome violence continues in occupied Kashmir a picture of a boy sitting on top of his grandfather’s corpse went viral.

This time the response?

In fact, there has been no response or a silence of shame on the carcass of global morals. Every day the wall of the world is muraled with new stories of anguish and yet day by day human moral immunity is getting clearer which stops people from reacting. Morals in the international community have become outworn.

It appears that international consciousness has reached a point of plateau. Now nothing can move the minds rusted with ignorance and national interest. If after all these civilizational processes, the globe still didn’t manage to get affected by the distress of people then its role in stabilizing is also getting obsolete. Nevertheless, now only interests can stabilize the world, interests of not nations but of individuals.

The modern global village has short term memory mainly caused by the flood of information and mis-information that viewers see on their screens on a daily basis. People have now become viewers who wake up every day in pursuit of a new story. A new day, a new story.

It has not happened overnight; there is a long hauling process which is involved in making us shock resistant. The moral corrosion has been structured in a meaningful manner that events no longer affect us and with the passage of time screams of victims will be lost in our sea of ignorance as well.

It is also true that the media has played a significant role in making human morals equivocal and has dwindled the lines between just and unjust. However, the effect is now being seen everywhere. Upon these constructs new identities are being formed and as long as violence is on “them” the “us”- spectators are quite comfortable with it.

The human race has entered into a Post-Morals era where new lines are being sketched upon the beliefs of few. Can there be any resistance? Maybe not. In order to have any resistance one has to be not a part of this machinery which many of us are. In this age people have to fight the beast within so that it can cast a hopeful ray of future.