Secretary General of Pakistan Muslim League-Functional and former federal Minister, Muhammad Ali Durrani has said that the Sindh government of PPP was the main hurdle in creating the unity of opposition parties for achieving national causes and solving public issues. Talking to media on Monday, Muhammad Ali Durrani said PPP has been sailing in two boats at the same time, and has been enjoying the privileges of both, the government and opposition, at the same time.

He said PPP had always used the status of opposition as a shield and a tool to extract benefits from the center for its provincial government in Sindh province.

He said in the past, PPP had always staged the All Parties Conference (APC) as a drama to secure its vested interests and obtain benefits from the federal government, and then deserted the opposition parties’ cause.

But the main problem, Durrani told a questioner, is that the PPP has been blackmailing both, the government and the opposition parties, besides creating problems for the people of Sindh and increasing their poverty.

To a question, he said the real opposition in the country has been the JUI-F, PML-N, and other likeminded parties. He said the main factions of Muslim League would emerge as winner of majority seats in the coming elections. He said by reviving the spirit of the Pakistan Movement, the main factions of Muslim Leagues would play a key role in reconstruction and progress of Pakistan in near future. 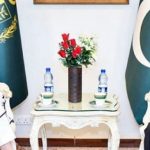 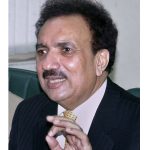