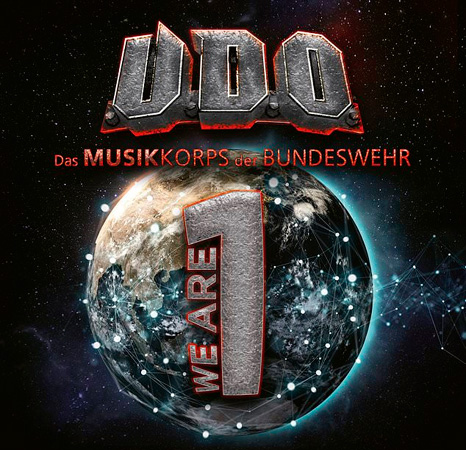 Everything about this album is intimidating, including the growling, nether-worldly voice of singer Udo Dirkschneider, and the fact that his backing band is the official concert band of the German military. This album is not for the faint of heart.

The former Accept frontman’s solo band U.D.O. teams with the Musikkorps der Bundeswehr to put some real metal in heavy metal on “We Are One.”

The pairing has undeniable power and force on 15 tracks that deal with environmental threats to the planet (“Future Is the Reason Why”, “Mother Earth”), the refugee crisis (“Children of the World”), and a reunited Germany (“Rebel Town”), among other topics. The band lends a sweeping grandeur to most of the tracks with horns and strings punching up already-rowdy guitar riffs.

And for those who still miss the diminutive singer’s 1980s heyday with Accept, UDO throws them a bone in “We Strike Back,” a close cousin of the classic Accept concert opener “Fast as a Shark,” with very similar speed, style and structure, right down to the harmonic twin guitar solos. When this band sings “We Strike Back,” you’d best believe it, in the most literal sense.