Taxation is the collection of the share of an individual’s or corporation’s annual income by the government. The practise dates back to 2800BC when the Egyptians began mandating the collection of a certain amount from the local population. Later in 1860, a modern tax system was introduced by the British Empire in the wake of the 1857 war; serving as a source of revenue only to be repealed later in 1865. The first formal income tax act was then imposed in 1886, followed by the revised tax act of 1916, which, for the first time, contained within, progressive taxation. In 1917, the super tax was introduced and was later overwritten by the tax act of 1922, which consolidated both super tax and income tax together. This system carried over after the independence of Pakistan, the salient feature of which allowed the continual incorporation of changes through the Finance act. Up till 1979, countless iterations of the finance act were consolidated to the Income Tax Act and the system has since evolved where the current applicable framework is known as the Income Tax Ordinance of 2001 (amended up to 31st December 2019, by the Finance Act 2019) and is available at the FBR website. 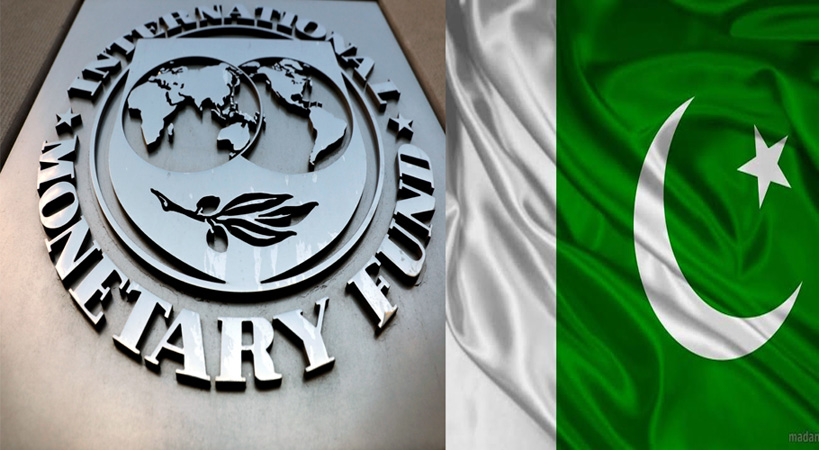 Taxes in Pakistan are classified as either direct or indirect with the indirect taxes being Sales Tax, Customs and Duties, and Federal Excise, governed by The Sales Tax Act 1990, the Customs Act 1990, and the Federal Excise Act 1990. Direct taxes, on the other hand, include Income taxes and Capital Value Taxes.

The primary purpose of the levy of taxes is to generate revenue for the state. According to the latest statistics published by the government, a total of PKR 3.91 trillion were collected for the fiscal year 2020, 41.4 per cent of which were collected as Income Tax, 36.5 per cent as Indirect Sales Tax, 7.9 per cent as Excise and 14 per cent under Custom Duties. In the upcoming fiscal year, the government has estimated a target collection of 2.04 Trillion from Direct and PKR 2.9 Trillion from Indirect taxes where 76.6 per cent of the budget for the upcoming fiscal year is expected to be solely funded by the collection of said tax.

Secondary objectives of tax collection include the implementation of policies and fair distribution of wealth and is further used as a tool to carry out social and economic development such as encouraging the production of certain goods or promoting a certain sector. Taxes may be imposed on certain goods (through imports) to encourage growth within the local industry and allowing tax credits for investment in modern equipment and upon generation of employment (indicated in sections 64B and 65B of the Income Tax Ordinance). The government stimulates modernisation and offers an incentive for investment. Collection of tax also serves as a tool for bargaining in trade negotiations and bodies such as the IMF treat it as an indicator for future forecasts before lending support. In addition to being a portal for documentation of a countries’ economy, taxation helps in dictating how certain products are consumed or activities promoted and taxes may be imposed on commodities, the consumption of which the government wishes to restrict or discourage.

The income tax ordinance defines tax as “Tax imposed under the Ordinance and includes any penalty, fee or other charge or any sum or amount leviable or payable under the Income Tax Ordinance, 2001.”

Foreign and Pakistani source income (net of deductibles such as zakat etc. Sec-60-60D) generated by a resident person within a normal tax year (1st July – 30th June), a special tax year (period other than a normal tax year) or a transitional tax year (the period in between normal and special tax years) shall be chargeable to tax whereas a non-resident person shall pay tax solely over their Pakistan source income. The condition to qualify as a resident (Sec 82) dictates the person be present in Pakistan for an aggregate of 183 days in a tax year or remains in Pakistan for 123 days in the tax year under question in addition to 365 days in the four preceding tax years.

Income tax for an individual is charged over income, which is derived from the heads of either salary, business, property capital gains or other sources. Any salary (being either revenue or capital in nature) received from the employer (other than exempt) shall be treated under the head of the salary when it is received by the person, applied on their behalf or made available to them. This includes wages, remuneration, perquisites, payment instead of leave, overtime bonuses, commissions, gratuity or employment condition supplements. Any allowance other than those received strictly for carrying out official duties shall also be treated as income from salary. Amounts received upon entering an employment relationship, as severance pay, from a provident or other fund and any agreement to a restrictive covenant shall also be treated under the head of the salary as taxable income. Section 12-15 of the income tax ordinance describe each of these conditions along with their treatments in length. Rates for individuals whose income from salary exceeds a certain percentage of their total taxable income is prescribed in Part I of The First Schedule (pages 386-389).

Income from business includes all such incomes(other than exempt income) that are derived as profit or gains from a business activity carried out by a person. Any income from any trade/professional association from the sale of goods or rendering of services, hire of tangible moveable property and yielding of the fair value of any benefit, derived during past, present or prospective business relationships. Profit or interest on debt where the business of a person generates income from such an activity shall be treated as taxable business income. Lease rentals collected by a scheduled bank or a leasing company are encompassed in the same category. In computing income from the aforementioned lines of businesses, deductions shall be allowed for any expenditure incurred wholly and exclusively for that business. Sections 20-31 of Division III of the Income Tax Ordinance indicate all such cases where deductions may or may not be allowed when computing taxable income generated under the head of the business.

Income from property includes any rent(higher of fair value or actual) and non-adjustable amounts received by a person for a tax year other than rent exempt from tax, however, an individual or association of persons having derived an amount of rent up to RS 200,000 in a tax year is not required to pay tax. Deductions under section 15A are allowed against income from the property and the gross amount is charged for tax as per the rates explicitly stated in Division VI and VIA of the Act.

Gains arising from the sale of a capital asset (other than those exempt from tax) shall be chargeable under a separate head: Income from Capital Gain, where the term capital asset is applied to any property held by a person, whether or not connected to a business. Stock in trade, consumable stores, a property for which deductions have already been obtained under the head of Business and any moveable property held for personal use (except for the ones set out in subsection (5) of section 38) are not covered by the term, Capital Asset. By definition, gain on sale of shares of a private and public unlisted company, the share of a member in a partnership firm, goodwill, copyrights, patents, immovable properties, corporate debt securities, jewellery, antiques and collectables etc. all fall under the head of income from capital gains and sections 37-38 define the treatment for such gains in detail.

Where an income cannot be classified under any of the heads discussed as above, it shall be recognised as income from other sources. This includes dividends(cash or bonus shares), royalties, profit on debt(where such is not the business clause of a person), additional payments on delayed refund under any tax law, ground rent, rent from sublease of land or building, income from the lease of any building together with plant or machinery and provision of amenities and services to a tenant of a property(in which case rent shall be treated as income from property and income from providing such additional services as income from other sources). Annuities or pensions received from any institution other than a past employer falls in this category as well. Whether it be Prize bonds, lottery winnings or amounts, amounts received upon vacating possession of a building or benefits received in respect to provision, use or exploitation of property (Allowing a third party to extract resources from one’s property against consideration) are all deemed under this head. In addition to this, amounts received as a loan, advance, deposit for issuance of shares and gifts from a person otherwise than by a cross cheque or a banking channel shall also be treated as “other sources.” Sections 39-40 relate to incomes of this particular nature.

An individual with no prior experience or knowledge of the current income tax practices may get intimidated upon furnishing his income tax return for the first time. Even those who are punctual with the practice, in most cases may not be fully aware of the exemptions or tax credits they are at the liberty to utilise. Part of the problem has to do with the lack of awareness and education in this particular phase. Until basic tax practices form a part of a standardised curriculum (across all professions), the FBR will continue to lose potential tax turnover.