US COVID-19 epidemic projected to worsen 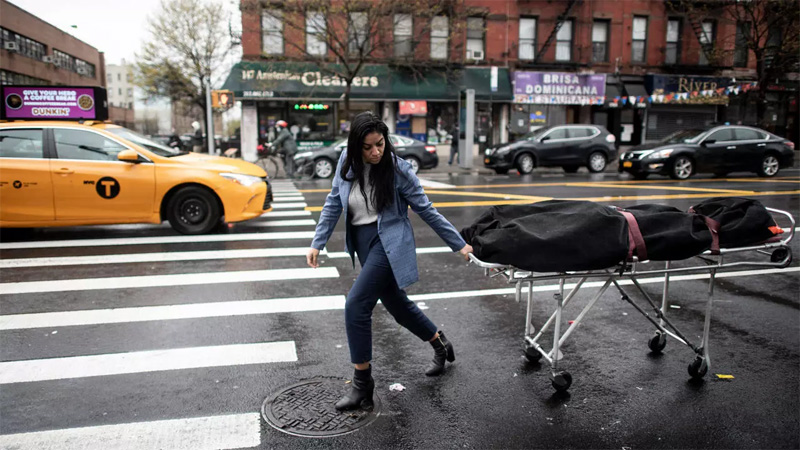 The latest modeling projects the number of COVID-19 deaths in the US to increase further, even as one research team suggests the near-universal use of masks could save 40,000 lives between now and November. The death toll stood at 136,000 Wednesday, but the country should hit 151,000 by August 1 and 157,000 by August 8, according to an average of models of 23 research groups in the United States and elsewhere. The figures were published by the University of Massachusetts Amherst’s Reich lab on Tuesday on behalf of the Centers for Disease Control and Prevention (CDC). A week ago, this average predicted 147,000 deaths on August 1. California, Florida and Texas, the three most populous states in the country, will see one thousand more deaths over the next four weeks compared to the previous four, said Professor Nicholas Reich. The University of Washington’s IHME model, goes further and predicted Wednesday 224,000 deaths on November 1. Another, by independent modeler Youyang Gu, in New York, predicts 227,000 deaths by November 1. According to the IHME group, more Americans are wearing masks, and fewer are leaving their homes. The model has access to GPS data through commercial partners.