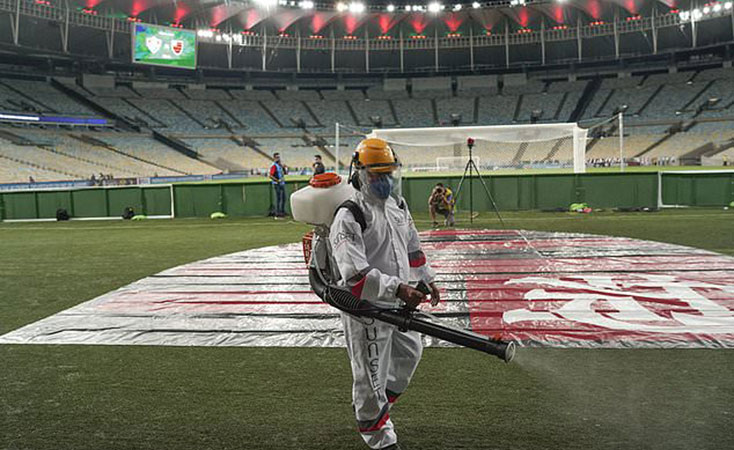 SAO PAULO: FIFA has agreed to move South America’s World Cup qualifiers from September to October as the region struggles to contain the coronavirus. FIFA also said South American soccer body CONMEBOL requested a new international window in January 2022, when top European clubs are either playing or on lucrative warm weather breaks in the Middle East. The pandemic has caused a huge backlog of international matches with limited windows next year. CONMEBOL said on Friday it will finalize a fixtures schedule in the next days. South American qualifiers for the 2022 World Cup in Qatar were scheduled for March and delayed to September at CONMEBOL’s request because of variable quarantine periods for players coming from Europe, which was then the epicenter of the pandemic. South American qualifiers are scheduled to end in March 2022.