Up to Rs 175bn are paid to AGPR officials in bribes every year: govt 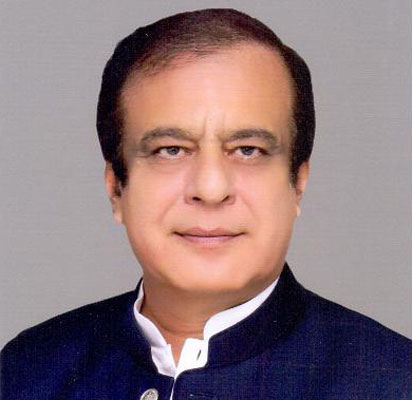 Minister for Information and Broadcasting Senator Shibli Faraz on Saturday said that the Pakistan Tehreek-e-Insaf government is introducing a number of reforms in all national institutions to ensure transparency as promised in its manifesto.

Addressing a joint press conference along with Chairman Prime Minister’s Inspection Commission Ahmed Yar Hiraj, he said Accountant General Pakistan Revenue (AGPR) is an important institution which makes payments for all public sector procurements. He said that it has been noticed that purchases made by the government are costlier than the similar purchases made by the private sector as AGPR has to be paid bribes for clearance of bills and issuance of cheques. He said that the institutions add the amount paid to AGPR in the cost of the items purchased. He said as per an estimate, every year Rs 1 trillion purchases are done by the federal government, and Rs 150 billion to 175 billion are paid as ‘higher cost’.

He said at the provincial level, similar purchases and procurements are done on higher cost resulting in loss to the national exchequer. This, he said, does not include public sector corporations and independent institutions like PIA, NHA and others. He said that during the past 10 years, the national exchequer suffered Rs 4 trillion loss due to malpractices in the AGPR and the then governments took no action to stop these practices as they were also receiving commission and kickbacks from the system.

He said that Prime Minister Imran Khan neither has any personal business nor his family is in politics, so he has the moral courage and mandate to rectify these malpractices continuing since many decades. He said that opposition parties were holding meetings to pressurise Imran Khan to stop the accountability process but he will never budge to their tactics.

Replying to the questions of media persons, he said that PTI is the only party which expelled its members from the provincial assembly who violated party policy in Senate elections. He said that Imran Khan has been struggling against the corrupt system for 24 years and there is no place for corrupt elements in the party. He said that the PM has been keeping an eye on all ministers and anyone involved in malpractices would be taken to task.

Appreciating the Chief Justice of Pakistan for allowing the constitution of 120 more accountability courts, he said that opposition parties are feeling the heat so they are organizing so-called all-parties conferences. To a question, he said that the opposition parties are divided, having no consensus on any issue. He said that the PML- N and PPP had differences of opinion on many issues, they were only united when they feared the accountability process.

Prime Minister’s Inspection Commission Chairman Ahmad Yar Hiraj said that the government is paying the cost of corrupt practices that have been committed by the employees of Accountant General Pakistan Revenue (AGPR) and other institutions. He said that reformation of these institutions is part of the vision of Prime Minister Imran Khan. He said recommendations regarding reforms in AGPR are also being sent to the prime minister.

He said that his commission has recommended SOPs which match the PM’s vision of digital Pakistan. He said that a system update has been proposed so that the amounts of the cheques to be issued to various institutions should directly go to the accounts like the salaries of the employees with no chance of corruption.

Moreover, the AGPR should issue the list containing details of the requirements for clearance of bills on its website, so that no objection should be raised to delay the payments. He said it is unfortunate that the malpractices rampant in AGPR have now spread to other institutions as well. He said in AGPR, postings of Grade 21 and 22 officers are being done without approval of the PM, which is also against the rules and will be stopped forthwith.

He said it was noticed by PMIC that government purchases were costing more than the similar procurements done by the private sector. He said that this was called speed money or corruption as no bill was cleared from AGPR easily as objections are raised to get a gratification amount. As the vendors had to bribe the AGPR staff, they show an increase in prices of purchased items to adjust the amount, which proves an additional burden on the national exchequer.

He said FIA has also been directed to take action against the employees of AGPR who are involved in malpractices after evaluating the details of their assets. He said that when he took charge, he realized that the performance of almost all institutions was marred by malpractices.