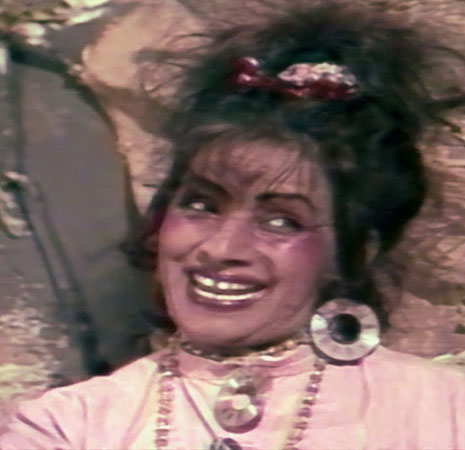 Characters such as Nastoor Jin, Zakoota Jin, Bil Batori and Samari Jadugar have been classic characters that appeared in ‘Ainak Wala Jin.’ This television series for children was aired on Pakistan Television from 1993 to 1996. It was perhaps one of the most memorable content aired on our television. It was not because there was minimum clutter on our television and Pakistan did not experience a mushroom growth of TV channels.

Ainak Wala Jin is still unforgettable because of the idea and objective on which it was created. The goal was simple: to create a children’s show that imparted moral values and principles among viewers. It used unique characters and blended the elements of magic, fantasy, and adventure into the storyline. Ainak Wala Jin should have been a recurring series; however, there was no spin-off or a sequel to the series. Although Nastoor Jin ki Wapsi was aired in 2019 as the second part for the original series, it did not gather a massive following akin to its preceding series. The availability of other content on social media, digital media, and the Internet could be a factor for Nastoor Jin ki Wapsi not enjoying a fan following.

The story of Ainak Wala Jin was conceived by Hafeez Tahir. He wanted to create a TV show that combined realist fiction with science fiction, magic, and fantasy. The story, however, was distinctive, to say the least. As shown in the pilot episode, a genie, Nastoor, has eyesight problems. The emperor of the genies sends Nastoor to Earth so his eyesight problems can be rectified. Imran, a young kid, accidentally meets Nastoor while he is in a park. Imran is a courageous and kind-hearted boy. He decides to help Nastoor. Imran convinces his father that Nastoor can be trusted. Imran carves out a story about Nastoor so he can live with his family. This creates a bond between Nastoor and Imran. Storylines evolved and expanded during the four-year run of the series. Nastoor met with strange creatures and beings from various realms that could levitate, fly, disappear, and perform magic. All these storylines and subplots had two factors in common. First, they were entertaining especially for kids. Second, they shared a message to uplift the moral values, principles, and add values to our culture and ideologies.

Ainak Wala Jin should have been a recurring series; however, there was no spin-off or a sequel to the series. Although Nastoor Jin ki Wapsi was aired in 2019 as the second part for the original series, it did not gather a massive following akin to its preceding series

The actors who played their part in the series were Shehzad Qaiser as Nastoor, Munna Lahori as Zakoota Jin, Ghayyur Akhtar as Samari Jadugar, Ajlal Asim Bukhari as Imran, Nusrat Ara as Bil Batori, Farooq Butt as ‘space chief’, Humera Arshad as Toofani Nagan, Haseeb Pasha as Hamoon Jadoogar, Asad Bhandara as Charlie Mamun among others. 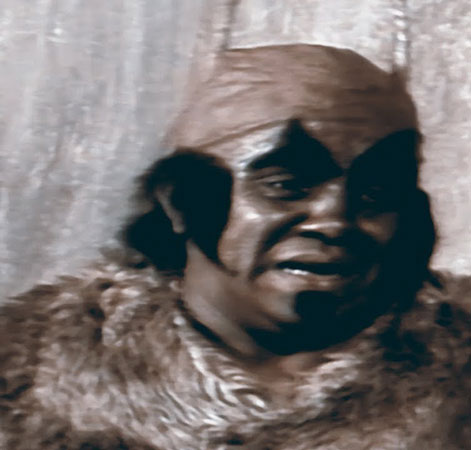 One wonders why such programs are no longer aired on our television screens. Maybe the viewers do not want to watch such programs. Or it could be that sensationalism and controversies are a better product to sell than producing such a meaningful program as Ainak Wala Jin. It is also unfortunate for us to see how the actors of Ainak Wala Jin lived their life in the paucity of resources once the series came to an end. Shehzad Qaiser, who played Nastoor, never appeared on television. Nusrat Ara could not afford a treatment before she passed away in October 2017.During the early and mid-1990s when Ainak Wala Jin was first aired and went through its growth, social media was non-existent. Even the availability of the Internet was not possible in Pakistan. Ainak Wala Jin gaining popularity among children and teenagers was proof that good content finds its viewers and becomes disseminated among the people. Furthermore, the 90s era was a time when quality content was produced and aired on channels. Television channels were inclined towards producing such content that shares meaning and purpose. Moreover, the dialogues of Ainak Wala Jin were simple yet effective. The set design and wardrobes were not produced extravagantly nor were gaudy in any way. One could see the straightforwardness and minimalism that was a major part of how the series was produced.

The writer is an independent researcher, author and columnist. He can be reached at [email protected] and Tweets @omariftikhar