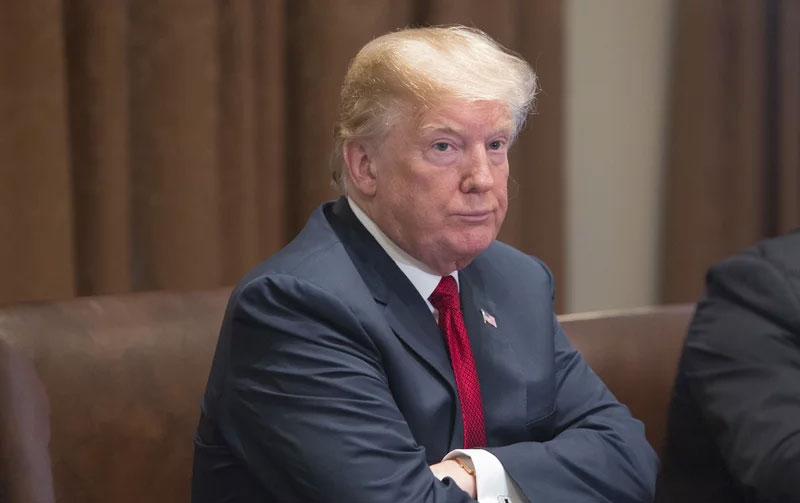 President Donald Trump on Wednesday hailed his “outstanding relationship” with his Mexican counterpart Andres Manuel Lopez Obrador as he welcomed him to the White House for the leaders’ first one-on-one meeting.

“We’ve had a very outstanding relationship… The relationship between the United States and Mexico has never been closer than it is right now,” said the billionaire Republican, who was elected in 2016 after campaigning heavily on a promise to build a wall on the border with Mexico.

At the time he branded Latino immigrants “bad hombres” and accused the Mexican government of sending criminals and rapists to the United States.

“Each of us was elected on the pledge to fight corruption, return power to the people and put the interests of our countries first,” he told Lopez Obrador, who was elected president in 2018. “I do that and you do that,” he added.

For his part, Lopez Obrador adopted a particularly conciliatory tone towards Trump.

“I want to thank you for your understanding,” he said, adding that there was no reason for the “very good political relations” between the two countries to deteriorate.

He noted that the US had not tried to treat Mexico “as a colony,” instead honoring its status as an independent nation.

“That’s why I’m here. To express to the people of the United States that their president has behaved with us with kindness and respect,” Lopez Obrador said.

The Oval Office event, their first face-to-face meeting, was officially a celebration of the newly-launched US-Mexico-Canada Agreement trade deal.