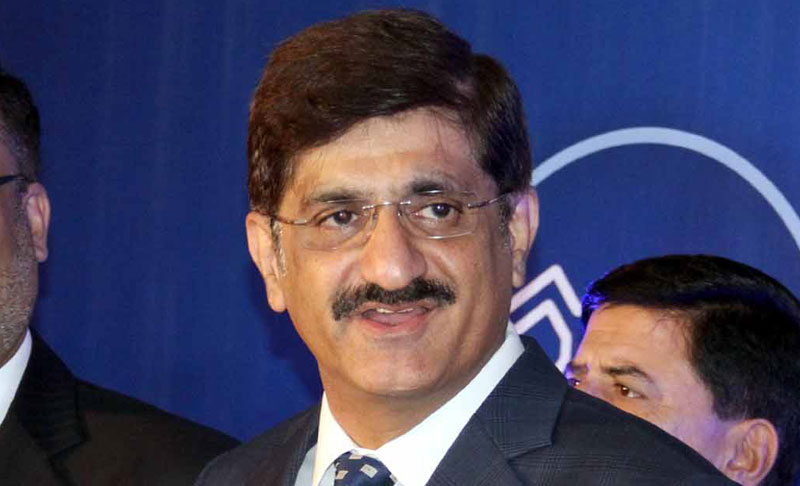 As many as 1,736 fresh coronavirus cases were reported in the province overnight, taking the virus tally to 99,362, revealed Sindh Chief Minister Syed Murad Ali Shah on Wednesday.In a statement, he added that 23 more people had also succumbed to the contagious disease, pushing the provincial death toll to 1,637.According to Shah, 533,540 samples have been tested for Covid-19 in Sindh so far, of which 99,362 have been positive.”Our detection ratio stands at 19 per cent, which is high and worrisome,” said the chief minister.

He further stated that 41,352 patients were currently under treatment in the province, of whom 39,199 were in home isolation, 1,801 were being treated at different hospitals and 352 were quarantined at isolation centres.Moreover, he added that 655 patients were in critical condition and 75 were on ventilators.

On a positive note, however, he said that 1,697 more patients had recuperated from the virus, which took the total number of recovered patients to 56,373 with a recovery rate around 57 per cent.As many as 764 of the newly-reported cases were reported in Karachi alone, stated CM Shah, adding that 317 cases were reported in South district, 179 in East, 110 in Central, 65 in Malir, 58 in Korangi and 35 in West district.

Khyber-Pakhtunkhwa health department reported another nine fatalities due to Covid-19 to bring the death toll to 1,054.According to officials, 372 new cases were reported in the past 24 hours to swell the provincial tally to 29,052. A total of 18,791 patients have recovered from the deadly disease so far.

At least 0.8 million people in the province cannot move about after their neighbourhoods were included in the ‘smart lockdown’ zones to curb the spread of the novel coronavirus, a top government aide said.He added that these lockdowns, which target virus hotspots, have helped lower the number of virus cases, especially the ratio of active cases and fatalities.

A notification from the Islamabad district magistrate on Wednesday stated that four more sectors in the federal capital were being sealed owing to increasing number of Covid-19 cases in the area.According to the notification G-6/1, G-6/2,G-10/4 and G-7/2 will be sealed from 7:00pm onwards.It further said that in case of any violation of SOPs strict action will be taken against the delinquents. The US coronavirus outbreak crossed a grim milestone of over 3 million confirmed cases as more states reported record numbers of new infections, and Florida faced an impending shortage of intensive care unit hospital beds.Authorities have reported alarming upswings of daily caseloads in roughly two dozen states over the past two weeks, a sign that efforts to control transmission of the novel coronavirus have failed in large swaths of the country.