Can the young be allowed to take charge?

The change triggered by the COVID-19 pandemic does not only constrain itself to interactions and behaviors that define human society, but is prevailing across the social, political, and economic institutions our present-day world is built upon. While, at the individual level, the virus has impelled us to refigure even the most basic human acts such as shaking hands; at a broader level, it is poised to expose deep-rooted imbalances in the global structure which have let injustice and inequality to grow over the decades. All the while the young population has risen, and now there are more young people than ever before. Instead of their expectations and aspirations being fulfilled by the global economic and political systems, the younger generations have been asked to make huge sacrifices for older generations.

Though the sacrifices might seem justifiable from a moral standpoint, but beyond family ties the basis does not seem obvious. Especially if we put economic, academic, and mental costs into perspective, younger generations will have to deal with different facets of crises throughout their lives even when COVID-19 might disappear from the face of our planet. These crises are going to be in the form of massive debts being accrued for government assistance packages, loss of learning due to closure of schools, colleges and universities, and repercussions for their own physical and mental well-being. Just to give you an idea of one of the many impending crises, according to a World Bank report, 1.6 billion students remained out of school in April 2020, excluding those who have always been out of school, due to the pandemic; and without remedial action when students start returning to school, the report estimates a loss of $10 trillion dollars in earnings over time for this generation of students.

The youth had at least zero role in building the existing global socio-economic order and still are being asked for sacrifices for its sustenance, while there exists unaddressed inequalities

As per the World Population Prospects 2019 report, there are about 1.2 billion youth aged 15 to 24 years in the world (or 16% of the global population). In Africa, 41% is under 15; in Asia and Latin America, it is 25%. These are the regions where the majority of the countries are either developing or underdeveloped economies. Millions of their youth will be ready to enter the workforce in the next five to ten years, while, at present, even the existing workforce is being laid off at an unprecedented rate. In the 47 least developed countries, the youth population is projected to increase by 62% over the next three decades. 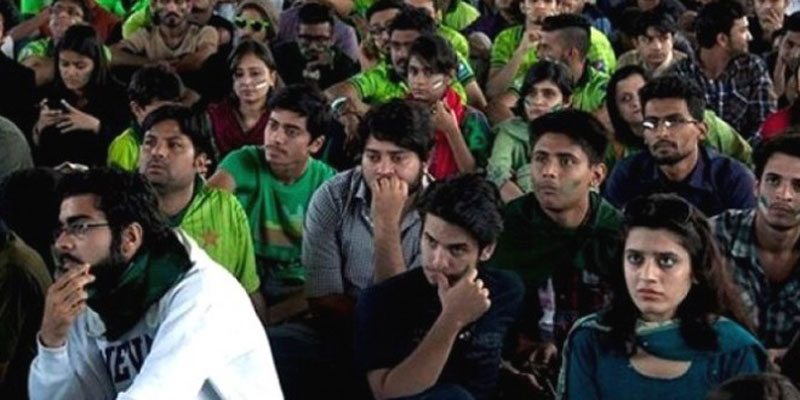 Growing the share of youth in the global population demographic would directly translate to a bigger burden on their shoulders. What further aggravates the situation is limited inclusion of youth in policy and law-making roles. The average age of global leaders has increased since 1950s and presently stands at 65; for the European Union, it stands at 60; and the average age of Congressional representatives stands at 59. The younger generations have their demands and aspirations which keep surfacing in the form of protests and movements, but older generations in power rarely pay any heed to them. According to the Deloitte Global Millennial Survey 2019, economic and social/political optimism among millennials is at record low. Respondents expressed a strong lack of faith in traditional societal institutions. The youth had at least zero role in building the existing global socio-economic order and still are being asked for sacrifices for its sustenance, while there exists unaddressed inequalities.

The pandemic is pushing the world towards a watershed. With every passing day, it is becoming evident that the world must do away with the old ways and rethink a new order. It is true that older generations are suffering the most when it comes to fatalities due to Covid-19, but the younger generations have their lives upended too. Thus, the starting point for a new global order must be premised on mutually beneficial partnership between the older and younger generations of today, coupled with greater inclusion of youth in policy and law-making. The former must fulfil the aspirations of the latter, or else the world will have multiple timebombs in the form of agitated and restive youth.

The world now necessitates a serious reform agenda aimed at addressing poverty, north-south wealth gap, climate change, and racial biases. Perhaps, we ought to rethink how we evaluate economies too. An honest analysis of shared social, health, and environmental benefits in an economy will paint a clearer picture of glaring injustices than simply ascertaining the size of GDP growth to conceal them all.

If we are asking much from the younger generations, then we must give them something in return too; let us begin by allowing the young in policy circles.

The writer is a young development practitioner, working in a public sector development organization, and leading a non-formal intervention in Sindh