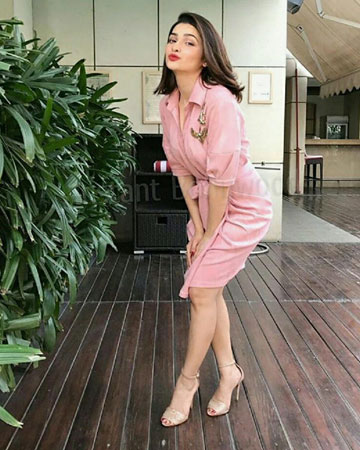 The Rohit Shetty-directed film completed eight years today and to celebrate the milestone, Ajay shared a few BTS pictures from the sets and tagged Amitabh Bachchan and Abhishek Bachchan in his post only.

Ajay tweeted, “When the Bachchans speak, I listen (especially Amit ji) #8YearsOfBolBachchan. @SrBachchan @juniorbachchan #RohitShetty.” To which, Prachi Desai responded by saying that apart from the Bachchans, she and other members of the team were also involved in making the film, whom he appears to have forgotten to name.

“Hey @ajaydevgn, looks like you forgot to mention the rest of us aka Asin, @Krushna_KAS, @apshaha, #Asrani ji, #NeerajVohra ji, #JeetuVerma, yours truly & everyone involved in making this baller of a film #8YearsOfBolBachchan,” read Prachi Desai’s tweet.

The internet has lent its support to Prachi and a section of people have also called out Ajay for only mentioning the Bachchans in his post and not the other stars.

Nepotism is yet again a hotly debated topic after the sudden demise of actor Sushant Singh Rajput.