As has been widely covered by the world media, a violent face-off occurred between the China’s PLA and the Indian military in the Galvan valley area of eastern Ladakh on June 15, 2020. As stated by the Indian military, during the clash on June 15, 2020, a Colonel and 19 Indian soldiers were killed by the Chinese soldiers, and many were injured. According to the Wire dated June 17, 2020, both the Chinese foreign ministry and the army asserted that Indian troops provoked the violence by crossing over to their territory.

After becoming a close defence partner of the US in its Indo-Pacific strategy, and also becoming a part of the QUAD, theModi-led BJP stalwarts have started boasting that India isnow a major world power. And, to prove that, India has started asserting itself as a regional hegemonic power. In this context, to terrorise its smaller neighbours to accept its hegemony, India started targeting Pakistan to harm its international standing, its economic and military power, and its Kashmir and Afghan policies.

India blamed Pakistan for sponsoring terrorism, dubbed the Kashmiris’ freedom struggle as terrorism, and sponsoredterrorism in Pakistan using the Afghan soil. While India carried out endless cease fire violations across the LOC, it also launched an air strike in Balkot area of Pakistan on a bare ground, calling it a terrorist training camp, on February 22, 2017, and again violated Pakistan airspace next day, when Pakistan shot down two Indian fighter jets and captured a pilot. India also threatened Pakistan of attacking and capturing Azad Jammu and Kashmir. To weaken Pakistan economically, India started opposing the CPEC as well.

Thinking that the US, the UK, France and Russia were on its side, the Modi government also adopted fascist policies in the Occupied Jammu and Kashmir state. On August 5, 2019, Modi ended its special status by dividing it into two so called union territories, namely ‘Jammu and Kashmir’ and ‘Ladakh’ (also claimed by China). India also arrested all the Kashmiri leaders and the youth, clamped the lockdown/curfew, and its security forces are committing genocide of the Kashmiris with impunity. India’s declaration of Laddakh as its integral part had also angered China.

As per the Print, India, dated September 19, 2019, a day after the Narendra Modi government removed Jammu and Kashmir’s special status on 5 August 2019, Home Minister Amit Shah said in Parliament, “Kashmir, including Aksai Chin is an integral part of India”. Citing the Constitution in the context of the Jammu and Kashmir’s boundary, Shah said, “We will give our lives for this region”. This statement angered Pakistan and China.

Although the UNSC and other major powers have asked India to resolve the Kashmir dispute with Pakistan through a dialogue, they have so far not pressured India to lift the restrictions in Kashmir, and stop Kashmiris’ genocide. They have also not stopped India from unilaterally changing the status of the UNSC recognized internationally disputed Kashmir state to making it an integral part.

According to the POLITACT, the USA, India had also annoyedChina by supporting Taiwan for an observer status in the World Health Organization (WHO) in May 2020. New Delhi was trying to link Chinese support for Kashmir in the Security Council to lend more support for Taiwan and challenging the ‘One-China’ policy. Moreover, India has backed calls for WHO to investigate the Chinese role in the spread of Coronavirus.

India has gone so arrogant that the Modi government has started asserting against China also. While China supported Pakistan’s position on Kashmir, based on the UNSC resolutions asking for holding a plebiscite in Jammu and Kashmir, India asked China not to interfere in its internal matters. By unilaterally declaring Ladakh as a union territory, India also annoyed China, as China claims its sovereignty on Ladakh.

This clash with the Chinese forces and annihilation suffered also reminded India of its failures in isolating Pakistan internationally, getting beaten from Pakistan in response to its so called surgical strikes, and becoming isolated regionally, in Afghanistan. Therefore, India should remember that it should never think of attacking Azad Jammu and Kashmir as its military is morally too weak to face the Pakistan’s professional Armed forces. India should also remember the words of Sudheendra Kulkarni that “After thousands of lives lost to Pakistan, soldiers and civilians together, in so many years we couldn’t take an inch from them, how do you see India taking Aksai Chin back?”And also Azad Jammu and Kashmir.

In view of the above facts, it would be better if India gives up its chauvinism and adopts friendly policies towards the regional countries, including China, lift restrictions in Kashmir and end genocide there, resolve the Kashmir dispute with Pakistan through a dialogue as per the UNSC resolutions, to ensure long term peace and economic integration and development to kill poverty in the region. 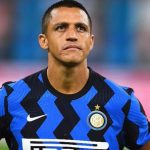 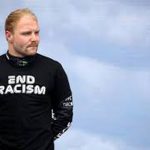 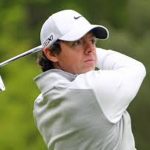