After ban on PUBG game in Pakistan by the Pakistan Telecommunication Authority (PTA), PTA’s website has reportedly been hacked. 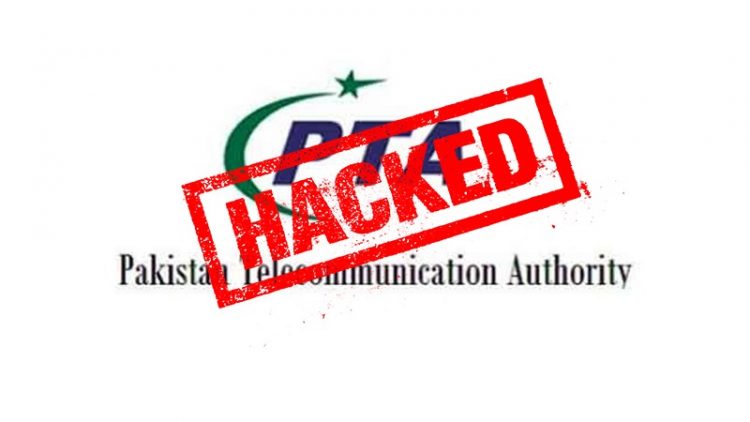 The PTA has temporarily banned PUBG game across the country.

According to a press release issued by PTA, in sight of complaints received from various quarters, PTA has decided to temporarily suspend PubG Game.

The statement said the PTA had received numerous complaints against the sport, saying it had been addictive, a waste of your time, and had serious negative effects on children’s mental and physical health.

This is an online multiple shooter that has been blamed for inciting violence in kids leading them to commit suicide.

Recently there were two cases of teenager in Punjab who committed suicides and their parents, including the Punjab police blamed the entire matter on the PUBG requesting a ban in Pakistan for the multiplayer game.

The third case of suicide linked with the Players Unidentified Battlegrounds (PUBG) online game within the capital in a fortnight has alarmed the enforcement authorities.
Eighteen-year-old Shaharyar was reportedly found hanging during a room of his rented house in Punjab Housing Society near Ghazi Road on Tuesday.

Last week, Senior Superintendent of Police (Administration) Liaqat Ali Malik sent a letter to the IGP on the difficulty. He acknowledged that a youth, Mohammad Zakarya, son of Khawaja Sohail, a resident of Henjerwal, had committed suicide by hanging himself on Midsummer Eve after he missed the ‘mission’ assigned to him while playing the PUBG. A mobile was found on a bed near the body with the PUBG game running.

On June 20, a 20-year-old student of the second year at the FC College University had also reportedly committed suicide after being scolded by his family for enjoying the PUBG. The victim, identified as Jonty Joseph, lived in the North Cantonment area. His father reportedly reprimanded him for enjoying the web game for an extended period. The youth locked himself during a room. the subsequent day when he didn’t open the door, the family broke it and located him hanged.