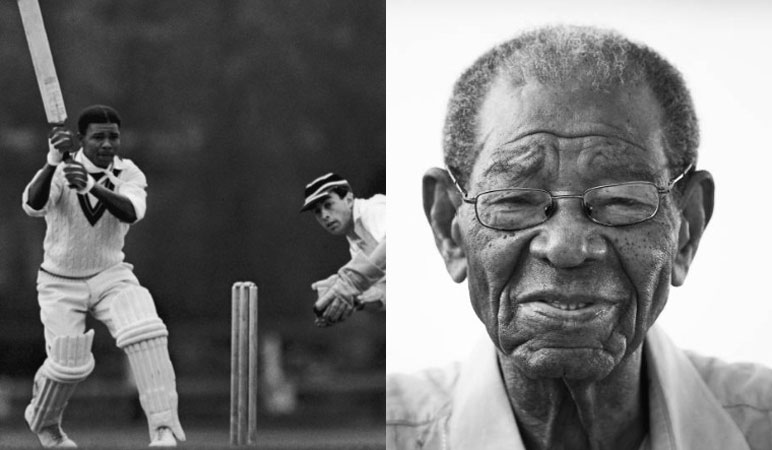 LONDON: Sir Everton Weekes, the last member of the legendary three Ws, has died at the age of 95. Alongside Sir Clyde Walcott and Sir Frank Worrell, Weekes formed a formidable batting unit in the West Indies team. All three were born within a couple of miles of one another – rumour has it they were delivered by the same midwife – within 18 months in Barbados between August 1924 and January 1926, and all made their Test debuts within three weeks in early 1948. While all went on to enjoy outstanding careers –– Worrell became West Indies’ first long-term black captain and was later a senator in Jamaica, while Walcott averaged 56.68 in Test cricket and later became the first non-white chair of the ICC –– Weekes was, arguably, the best batsman of the three.

At one stage, between March and December 1948, he registered five successive Test centuries and insisted that, but for an umpiring error when he was adjudged run-out for 90, it would have been six. He passed 1000 Test runs in 12 innings – one fewer than Sir Don Bradman; nobody has reached the milestone quicker than Weekes – and finished with an outstanding Test average of 58.61. Only nine men who have batted a minimum of 20 times in Test cricket have a higher average. Richie Benaud later stated that players who had seen both bat at close quarters suggested Weekes was closest in style and class to Bradman. Weekes was born into extreme poverty. His family lived in a wooden shack and his father was obliged to spend more than a decade in Trinidad sending the family back money. Everton left school at 14 and was barred from playing for his local club, Pickwick, as they only permitted white players at that time.

Yet such was his sporting ability and so dedicated was he to his craft, that people soon started to notice the stocky lad with the quick feet. Named in honour of Everton FC, Weekes was a good enough footballer to represent Barbados at the sport. But cricket was his real love. He volunteered to help both as substitute fielder and as a member of the ground staff at the Kensington Oval and was, as a consequence, able to see some of the best players in the world at close quarters. He also joined the Barbados Defence Force and, as a result, was eligible to play a high standard of club cricket. He made his first-class debut as a 19-year-old and his Test debut aged 22. His first Test century didn’t come until his fourth game but it was the start of an incredible run which saw him register six centuries – including five in succession – and five half-centuries in his next 13 innings. Only once was he dismissed for fewer than 48.

He was named one of Wisden’s Cricketers of the Year in 1951 after helping defeat England in the previous summer’s Test series, a tour on which he made seven centuries, five of them double-centuries and one of them a triple. In 1952-53 he averaged 102.28 in the series against India and was equally dominant in New Zealand in 1955-56 in a Test series in which he made three successive centuries and averaged 83.60. A persistent thigh injury forced him to retire relatively prematurely–– he was 33 and had played 48 Tests ––- but he enjoyed successful secondary careers first as a coach (he was, among other things, coach of the Canada side which played in the 1979 World Cup) and, from 1994, as an ICC match referee. He also represented Barbados in Bridge and became a Justice of the Peace. His son, David Murray, played for West Indies and is remembered as an outstanding wicketkeeper.

Despite his status as a legend of the game, Sir Everton remained a humble and approachable figure. His home number remained in the Barbados phone book and he could be seen almost every day, well into his 90s, swimming at Miami Beach, near Oistins. In 1995 he became the last of the three Ws to receive a knighthood. Although there is no confirmation of the family’s wishes at this stage, his final resting place could well reunite him with Worrell and Walcott – both of whom are buried at The Three Ws Oval on the outskirts of Bridgetown in Barbados. A plot amid the bougainvillea has been left vacant for Weekes should he wish to join them.

“Our hearts are heavy as we mourn the loss of an icon,” said Cricket West Indies in a tribute. “A legend, our hero. Our condolences go out to his family, friends and many fans around the world.”

“I’d like to add my public recognition of Sir Everton’s amazing legacy,” said Ricky Skerritt, the president of CWI. “He was both a great cricketer and a cricket human being. He was the last of the famous Three Ws to pass to the great beyond. He was the most amazing man. And one of the most humble and decent and wonderful people you would ever have met.” England Cricket, who take on West Indies in next week’s first Test at the Ageas Bowl, added its own tribute in a Twitter post: “A true great of the game. Our thoughts and condolences go out to Sir Everton Weekes’ family and friends.” West Indies’ head coach, Phil Simmons, added: “West Indies has not only lost one of its greatest cricketers, we have lost a true gentleman. My condolences and prayers go out to his
family and friends. RIPSirEverton.”