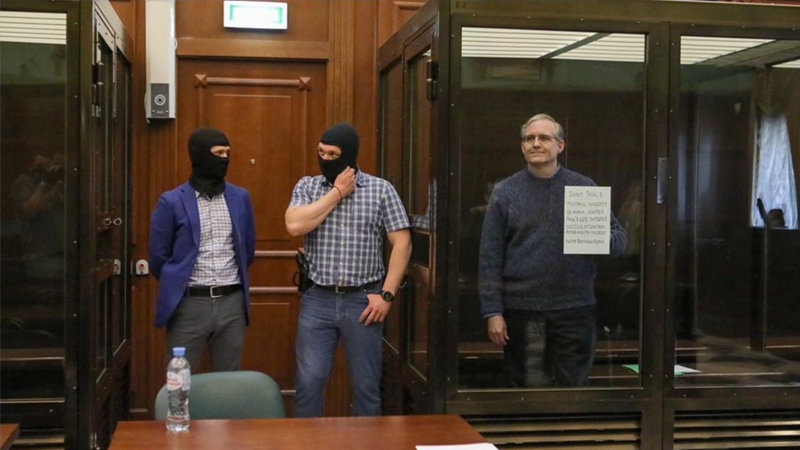 The brother of the American sentenced by a Russian court to 16 years in prison for espionage said Tuesday he believes Moscow wants to exchange him for a notorious arms dealer or Russian diplomatic properties shuttered by Washington.

David Whelan, the brother of Paul Whelan, the ex-Marine given the stiff prison sentence on Monday, said his brother was no spy and that Moscow arrested him as leverage against Washington.

The Russians have publicly mentioned getting the United States to release arms trader Viktor Bout, known as the “Merchant of Death” for supplying diverse rebel groups, and alleged drug smuggler Konstantin Yaroshenko from a US prisons, Whelan said.

They also want to resume using rural estates in Long Island and Maryland, and the Russian consulate in San Francisco, which were shut by Washington as punishment for Moscow’s interference in the 2016 presidential election.

“There’s a reason the Russian Confederation kept my brother. And that was to extract a concession,” Paul Whelan told AFP.

He said Russia could also be interested in getting back hackers arrested and jailed by the United States, and also a woman, Bogdana Osipova, who was sentenced to prison in Kansas last year for kidnapping after she sent the children she had with her American ex-husband to Russia.

A security official in a US auto parts company, Paul Whelan, was arrested and charged with espionage while he was in Russia for a wedding in December 2018.

He allegedly received from a Russian friend a USB thumb drive with Russian state secrets on it.

Whelan, who has visited Russia several times and befriended some Russians, denies spying and said the device contained pictures of churches.

His arrest was initially viewed as a tit-for-tat after the United States arrested Maria Butina in July that year on spying-related charges.

Days before Whelan’s arrest, Butina pleaded guilty to illegally acting as an agent of a foreign government, and was given an 18 month sentence, which included the time she had already been held in jail. She was released and deported in October 2019.

Since then, David Whelan said, the Russian government has hinted at exchanges in public comments and on foreign ministry and other official social media accounts.

“They take citizens as pawns, and then attempt to extract a concession in exchange for returning the citizen,” he said.

He said the US State Department has been deeply critical of his brother’s treatment and sentence, but will not say if it is in discussions on some sort of trade. Asked Tuesday, the State Department declined to comment on the issue.

The United States and Russia have conducted numerous spy swaps over the past decades.

The case could challenge the concept of a symmetric trade, especially if Moscow really wants Bout.