The killing of more than 40 million people in World War I, with $200 war cost, failure of the League of Nations, and loss of more than 80 million people in World War 2 – that was about 3% of the total population of 1940 – whetted the appetite of the international community to set up an organization that would ensure global peace, protection to human rights and settling disputes by reconciliation in spite of waging war. Thus, the ‘successors to World War 2′ set up the United Nations Organization on October 24, 1945, in California, the United States, for the maintenance of global peace to avoid wars in the future. However, the model of UNO is in itself based on the structure that is non-democratic to a large extent. The most dangerous aspect of the model is that some factors which caused the failure of the League of Nations still exist in the UNO such as the monopoly of the winners of the World War 1 in the League’ Council under the aegis of permanent membership and now, permanent membership of the “successors of the World War 2” in the UN Security Council. Philosopher Peter Singer raised the same concerns by terming the UN model as “non-democratic” and warned about the portentous events in the womb of time in his book “One World: The Ethics of Globalization” that might make the UNO less effective or ineffective regarding the protection of human rights and maintaining global peace as the League of Nations suffered before the outbreak of World War 2. 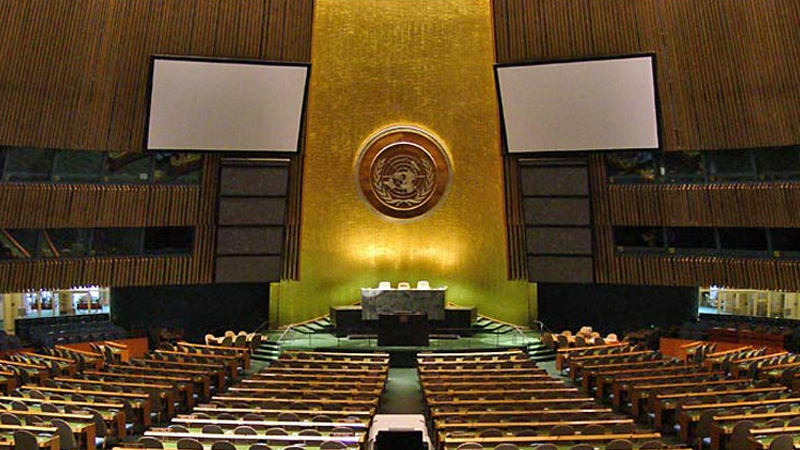 During the 1960s and 1970s, many events and conflicts took place in the world. There was a split between East and West because of the Cold War. So, the frequent usage of “Veto Power” by USA and USSR during the span of time raised many questions over the political leg-pulling in the most powerful part of the UNO. The Security Council ignored the dominant conflict of the Vietnam War. So, the UNSC could not prove much effective in many situations and failed to console crippled human souls as the League’s Council failed many times before the outbreak of World War 2.

The world’s strongest council – UNSC – is dominated and ruled by the wealthiest, richest, and powerful states. This division infuriates other countries that causes dissatisfaction by posing a threat to global peace. Peter Singer suggests the “democratic decision-making structure” of the UNSC. He reiterates to make the organization more democratic by stating that “A better idea would be to replace the veto with a requirement that substantive decisions be made by a special majority, two-thirds or three-quarters, of a reconstituted Security Council”. He expounded that this democratization will lead to global governance in multiple areas such as trade, environment, human rights, and peace.

The important thing to notice is that giving not proper representation to all regions or stockholders is the violation of human rights. The UNO only offers representation in the General Assembly, but not in the decision making organ of the Security Council which is another type of violation of human rights in a broader spectrum. Why do four of five permanent members belong to the European origin? Why is there no permanent member from African, Latin American, Southern, or Southern eastern Asia? Four out of the five permanent members of the UNSC are of Christian origin, but there is not even a single member from the Islamic world that represents 24.1% of the global population. Germany, Japan, and many other countries are also deprived of the right to permanent membership in the council. Peter Singer raised further questions over giving special status to particular states that were great powers in 1945. When the UNO is termed as the “Organization of States”, not “of people”, such structural discrimination should not exist. This can lead to the failure of the UNO if any major conflict or misadventure clinches the world like the Second World War.

There must be a proper representation of all regions in the UNSC to make sure the participation of all stockholders of global peace in decisions by shutting the doors of monopoly and hegemony of certain nations. There is a dire need to keep on working for global peace, protection of human rights, and regional cooperation by using the channel of UNSC by introducing a comprehensive mechanism of granting membership to all regions. The UN should add the point of “having democratic government system” for seeking membership and representation in the organization that will force many dictatorial and monarchical regimes to replace their political systems with democracy which will be more friendly to human rights. It is pathetic that non-democratic countries exercise their democratic right of voting and speeches on the floor of UNGA and play a constructive role in decision making in the democratic process of the General Assembly, but on the other hand, they violate human rights, democratic values, freedom of speech and many other substantive rights in their own countries by using force. Such dual standards must be addressed for long term global peace.

The writer is member of American Bar Association