George Floyd protests continue in US for sixth day

Despite curfews in major US cities, demonstrators took to the streets for a sixth day of protests over the murder of George Floyd, an unarmed black man who died after being pinned down by a white police officer in Minneapolis, Minnesota. 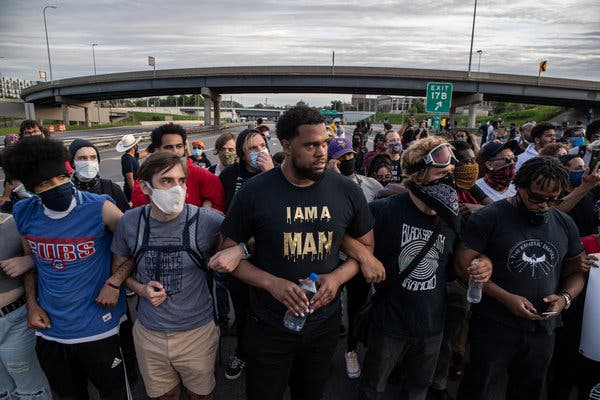 Floyd, 46, died after officer Derek Chauvin knelt on his neck for nearly nine minutes. His last words were “I can’t breathe,” which became the slogan of the nationwide protests.

Protestors in the city demanded the arrest of the three other officers who were involved in his death.

Earlier in the day, a semi-truck drove through a crowd of thousands of protesters marching down a highway in Minneapolis. Later, authorities announced the arrest of the driver.

The Minneapolis Police Department said a group of protesters who violated an extended nighttime curfew have been arrested.

Protesters in Atlanta have been urged to get tested for coronavirus, with Mayor Keisha Bottoms saying: “There is still a pandemic in America that’s killing Black and Brown people at higher numbers.” Public health experts have urged protesters to wear masks amid concencerns that coronavirus infections could skyrocket.