India-Nepal-China explosive triangle: a loss of face for India 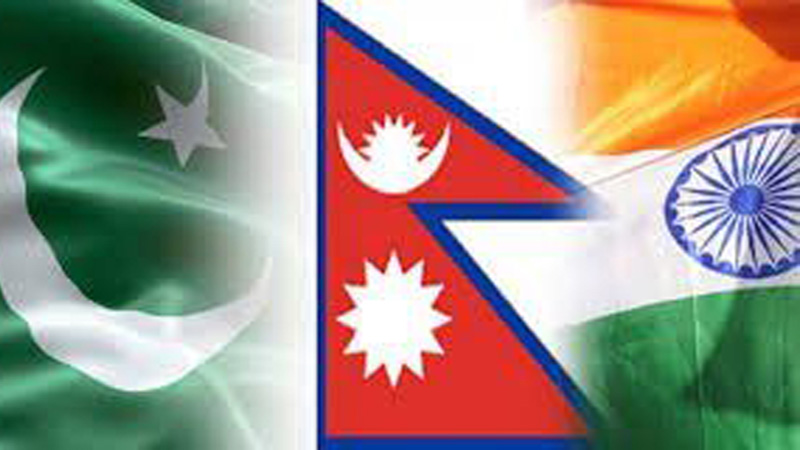 Issues have recently emerged between India and Nepal and India and China. As far as tensions between India and Nepal are concerned, a new road opened by New Delhi which passes through the disputed territory has roused territorial dispute between the two countries. The link road connects Dharchula in the India state of Uttarakhand to the Lipu Lekh pass near the Line of Actual Control (LAC) – India’s border with China. India says the new road will facilitate the movement of pilgrims to Kailash-Mansarovar, claiming that it will significantly cut down the duration of the journey. The southern side of the Lipu Lekh pass, called the Kalapani territory, is a disputed region between India and Nepal.

Lipu Lekh Pass is on Line of Actual Contact with China and is of huge strategic importance. Observers believe that India’s move to open road aims at monitoring Chinese movements, though New Delhi claims that the road is to facilitate pilgrims.

A treaty signed between Nepal and British India in 1816 determined the Makhali river, that runs through Kalapani, as the boundary between the two neighbours. However, the river has many tributaries that meet at Kalapani. For this reason, India claims that the river begins at Kalapani but Nepal says that it begins from Lipu Lekh pass, which is the source of most of its tributaries.

India and China have 3,500 kilometers long un-demarcated border which runs along Himalayas and is generally a very difficult terrain. China has developed infrastructure and road network in Tibet and Aksai Chin region so that they could have a good access up to the border. Same is being done by India on its side. As per Indian media, Chinese have set up camps in India-occupied Ladakh region which New Delhi claims is its area and reportedly 5,000 Chinese troops are stationed there. China has, however, dismissed India’s claims.

For India, it is a loss of face. They are having a problem with Nepal in Lipu Lekh region. In 2017, they also had a Doklam standoff with China. Currently, there are three pressure points developing: one is the China-Sikkim border, Nepal-India border, and the third is in Ladakh region where there is a lake and river Indians believe Chinese have intruded into.

As far as Indian army chief is concerned, he recently came up with a statement that these three issues are not inter-connected and that there was aggression from both sides and things will settle down soon. Now Indian analysts are opining that the army chief should have not made this statement and that he must not have played from the Chinese side. Basically, India has shown weakness vis-a-vis China and now China is sitting in the area and India has a loss of face.

It is very interesting to find that the Indian leadership right from Narendra Modi to Ajit Doval, Bipin Rawat and even Indian army chief, who otherwise is very fond of media, have not given any public statement as to what is happening. Whereas there is a clutter on social media that Indian has lost hundreds of square kilometers of area and it is being dubbed as ‘second Kargil’ by the Indian media.

If you look at South Asia, it’s geographically endocentric. India has border with every SAARC country. India has problem with every country: military conflicts, water disputes, border disputes. Generally, Pakistan is blamed, even by our own so-called liberals that we have problems with our neighbors, whereas actually it is India which is the ‘bad apple’ and now even smaller nations within the South Asian region are realizing that Indian bully has to be stopped.

The last point is regarding what happen next. This is a million-dollar question. In case, India backs down and just absorbs it in order to not to look the dragon in the eyes, things can settle down. It case India steps up, there are chances of serious consequences, and maybe even a military conflict. Though it is too premature to say this, but a military conflict can take place and destabilize the whole region. Interestingly, Indian media is now claiming that Chinese had detained some of their soldiers along with weapons ‘briefly’ and then set them free. It is interesting to mention here that Indian Air Force pilot Abhinandan was also ‘briefly detained’ by Pakistan. India cannot change the facts by mere changing the words or terminology. Chinese made their soldiers PoWs but they are now saying that they were ‘briefly detained’. This actually shows the dismal state of Indian army’s morale, which is a highly demoralized army now. Things must settle down quickly but on the face of it, this doesn’t seem to be so easy.