* 19 passengers killed in Karachi crash identified so far; DNA samples being collected for identification of remaining bodies
* 26 women, 68 men and three children among those dead 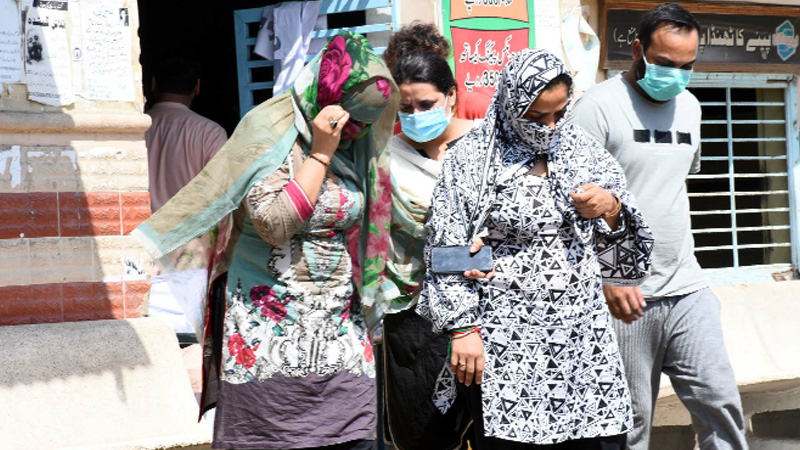 The passenger death toll from Pakistan International Airlines (PIA) flight PK-8303, which crashed on Friday afternoon in Karachi, rose to 97 on Saturday, marking it as the third most catastrophic aviation disaster in Pakistan’s history.

Authorities on Saturday confirmed that Muhammad Zubair and Zafar Masood were the only survivors of the ill-fated aircraft, while 97 other passengers, including 26 women, 68 men and three children, were among the dead.

Sharing details of the bodies carried to different hospitals for procedures, it was mentioned that 66 bodies (20 women, 43 men and three children) were moved to Jinnah Post Graduate Medical Centre (JPMC), of those 16 could be identified while 50 remained unidentified. Thirty-one bodies were carried to Dr Ruth Pfau Civil Hospital, which included six of women and 25 men. Twenty-eight of them remained unidentified while three were identified as that of Major Sheriyar, Lt Balaj and Syed Danish Shah. The DNA identification process has been initiated and on completion of the sample collection, 11 bodies were moved to Edhi mortuary, 18 to Chippa and two to CMH-Malir. “DNA samples were taken from the bodies before being shifted to the morgues,” officials said, adding that 96 bodies were at the morgues, while one had been handed over to the deceased’s relatives.

One of the two survivors with burn injuries is under treatment at Burns Centre, Civil Hospital Karachi and the other at a private hospital.

The Karachi-bound flight from Lahore had been seconds away from landing at the Karachi airport when it crashed in the residential Jinnah Garden area near Model Colony in Malir, right outside the airport’s boundary wall. Ninety-nine were aboard the plane when it crashed into a narrow residential street, dealing significant damage to houses in a densely populated area. Thankfully, there were no deaths on the ground.

According to Inter-Services Public Relations (ISPR), 25 houses in Model Colony, the site of the crash, had been cleared and the residents had been accommodated at various places with the assistance of the civil administration.

Governor Sindh Imran Ismail said those whose houses were damaged in the crash have been shifted to the hotel situated within the airport premises. He said that those who cannot be accommodated will be shited to Qasar-e-Naz guest house. “The examination revealed damage of low magnitude which is nothing short of a miracle,” he said, and added that the prime minister is ‘quite serious’ about the inquiry report and that the matter should be investigated same as the sugar crisis.

Funeral prayers of Farhan Qadir, a victim of Karachi air crash, were offered in Ghotki and he was buried at a graveyard in his native Adilpur town. Textile engineer Farhan Qadir, 25, was one of the passengers of ill-fated PK-8303, which crashed near airport in Karachi on Friday. The young engineer’s mortal remains were brought to Adilpur near Ghotki and after funeral prayers, he was laid to rest at local graveyard.

At least 19 victims killed in the crash have been identified so far, confirmed a spokesperson for the Sindh Health Department on Saturday. A sample collection unit for DNA tests of plane crash victims and their families has been established at Forensic DNA Lab University of Karachi.