Coronavirus terror has shaken the world. People have also stopped travelling around the world. Countless aeroplanes have been grounded. Factories have stopped; streets, small and big roads are deserted. Factory owners are upset. Small traders, street vendors, workers and daily wage earners are crying of ruin. 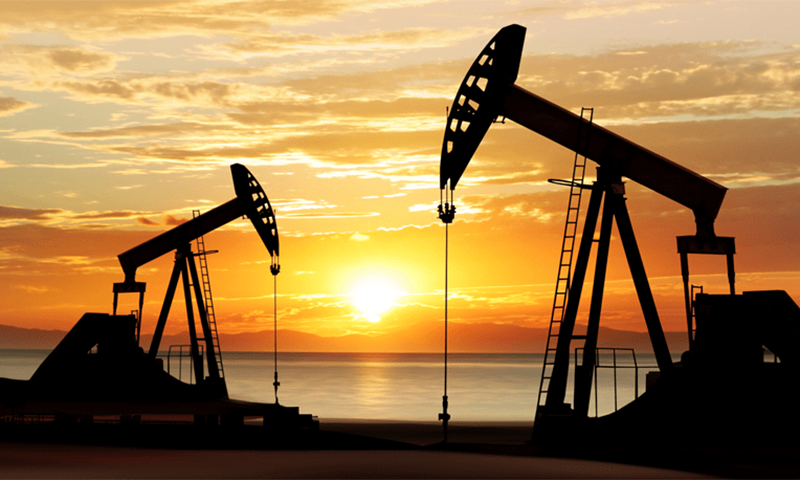 Since the global economy is interlinked, there is now complete despair everywhere because it has almost collapsed. Pakistan’s economy has also been severely affected.

It is also a fact that petrol is supposedly considered more important than household goods and essential foods. Now, the whole world is watching decreasing petrol prices. Oil prices have plummeted ever since COVID-19 first appeared in the world. Water is now more expensive than oil in the world. Or shall we say, the price of oil is down and the price of toilet paper is up? Who would have ever believed it? The price of oil is extremely low due to overproduction by Russia and Saudi Arabia. As a result, the US’s industry is not competing in this environment. This can lead to a shutdown of the oil-based economy of the west. Store depots in the US are now full. Now the US has announced that the loading and unloading of the country that will take the oil from them will be paid by the US itself. This had happened once in the past; during the Iraq-Iran war when oil prices fell to a historic low.

At present, oil consumption is very low across the globe. All countries are worried about where to store the oil. The second problem is that the issue of Coronavirus is appearing long. Therefore, every country is not making any new agreement to buy oil, how will they consume this oil. OPEC, Russia, Saudi Arabia and other countries are in trouble.

At the moment, America’s grip on other countries is loosening. The US and China are at war over the corona, with both being accused of manufacturing corona. Earlier, we had heard that the next wars in the world may be fought over water, but now it seems to be on economics or oil.

It can now be said that the economies of countries are no longer the same. Now, if any country shows even the slightest carelessness, it will fail in the field of economy. When the economy is bad, civil war and anarchy can flourish in the country. At present, every country is trying to save its economy and the lives of its people. We are moving towards a major war; apparently, that war is not visible. But the alternatives of war are looming over the world.

It is now clear that oil prices will further fall. The effect will be that the economic situation of the countries will deteriorate. We consider Europe, America to be financially powerful but when the sources of income run out they will suddenly start falling. Anyway, the economies of these countries are economic consumer-based; when such economies collapse give birth to anarchy.

India, a major consumer of oil, has recently increased the petroleum prices; facing massive revenue losses because its economy has been badly affected due to a country-wide lockdown. India has an enormous storage capacity of 39 million barrels in the country but it did not pass on the benefit of falling prices to the people. The prices of oil were increased instead. India wants more revenue collection to keep oil prices high in the country because India has more storage capacity and it would be buying the oil at lower prices from the international oil market and selling at higher prices to its countrymen. Whether it would bring either a negative or positive impact on the Indian economy is another aspect.

Corona will affect our economy and it is premature to say what the pandemic will impact the country’s politics and economy and social life. All our factories, shopping malls, education, agriculture, food security availability and CPEC projects need to see how much impact they will have. If the government wants to save the lives of countrymen from contracting the COVID-19, it should save the economy of the country. Coronavirus might kill our people but if the economy becomes collapsed, it will surely kill our people. From now on, we should do our homework to look at our vulnerable sectors and address their weaknesses so that our economy is not affected by more coronavirus pandemic.

All the factories that produce smoke are currently closed due to the world lockdown to eradicate the corona pandemic due to which there is a clear reduction in pollution. The sky has cleared due to environmental improvements. Meanwhile, the world’s population is growing rapidly due to which energy resources are under severe pressure. Therefore, there is a need to focus on environmental issues along with population control. It is our collective responsibility to find the resources, we need to create alternative energy resources and clean up the environment so that we can breathe in clean air and energy facilities can everyone get equal.

It is now the perfect time for the world to switch over to other alternatives of energies. The largest, cheapest, most reliable and most sustainable source of energy–the sun (solar)–can be used as an alternative. Thanks to Great China, the quality and resilience of solar panels are getting better and better over time, and the price is getting cheaper and cheaper for a large population all over the world. Germany is another brave country that is investing heavily in renewable energy, including electric vehicles. Countries that are investing in renewable energy are going to rule for a long, long time in a faster and better future Renewable and efficient energy will be a major source of energy in the future. But motorcycles and cars that are using petrol are still polluting the environment. These are the people who use oil and give a lot of money to wealthy oil nations. The only good solution is to stop using oil and gas products while switching to renewals.

The writer is a student of DSS at the Quaid-i-Azam University, Islamabad. He is interested in agriculture, national and international politics