“Nobody has monopoly over jahaalat-a highly educated person can be highly jaahil whereas a person who never attended any educational institution can be just the opposite”-Dr. Ikramul Haq

Communication is an important matter for all living beings but humans stand out as they are blessed to be endowed with the gift of speech which definitely entails the use of language and this means, use of words. There are many theories with respect to languages that have evolved over time, but the one pertaining to socio-cultural interactions of various nations, seems most popular. From the pictures of the Cave Age to the more sophisticated mediums of today’s world, compared to other animals, man has been able to express himself most effectively. One apt way to observe this phenomenon is in the case of an infant, who in the beginning utters different sounds while trying to form words but normally within a span of two to three years is able to communicate distinctly and can effortlessly carry on a conversation.

Etumologia is a Greek word that refers to the study of the true meanings of words, hence the modern version ‘etymology’ under which origin of words is examined at length. One interesting feature of world languages is similar sounding words that may or may not have similar meanings. This reflects on the fact that due to assimilation of a variety of cultures, words were freely imported, exported and adopted with slight change in their spellings and pronunciation at times. For example, the English word ‘daughter’ is a Germanic family root, cognate to the modern German word ‘tochter’ that closely resembles the Persian word ‘dukhtar.’

According to Dr. Ikramul Haq, the real debate is of epistemology wherein sociological and cultural factors have a strong influence over the meanings, truthfulness and usage of vocabulary. This is the principal reason that translations become problematic especially where idiomatic expressions appear or where a particular act is either missing from the culture of a society or its notion is different from that of another. Usually in a culture one does not find those words that are not practically demonstrated through man’s behavior.

One interesting feature of world languages is similar sounding words that may or may not have similar meanings. This reflects on the fact that due to assimilation of a variety of cultures, words were freely imported, exported and adopted with slight change in their spellings and pronunciation at times

To illustrate, in Urdu one is unable to find a word for “commitment” therefore its translation becomes not only arduous to convey the real sense of the word but also sadly reflects on our collective attitude that lacks this kind of bondage with any person or cause. One translation can be “waa’da” or “ahad” which more accurately translates as “promise” or the nearest possible one “eefaye ahad” that means reiteration of some promise or renewal of vows. However, both the terms fail to portray exactly what commitment is in terms of passionate dedication or devotion. That zeal and enthusiasm are amiss in all the Urdu terms that can be used to denote “commitment.” Is it because we, as a society are not aware of commitment? That can be debated yet with the number of traitors and turncoats in our midst, this sure looks like a far-fetched concept.

The same kind of confusion prevails about the word “kaafir.” The clergy has interpreted it over the centuries as “infidel.” Thus, anyone who does not follow the Islamic religion in the same manner as various shades of orthodox schools is an infidel whereas in Arabic “kaafir” means a person who willfully refutes the truth even though fully convinced about its veracity.

Another example is a very commonly occurring word “sabr” which in our milieu is termed as endurance arising out of helplessness whereas its Arabic version refers to it as “steadfastness.” This is a strong connotation of the concept that envisages a refrain from deviation when faced with hardship when following one’s faith/commitment. It certainly does not entail to passively continue to suffer say, poverty or torture by a violent partner or boss, or just go with whatever is in destiny and not attempt to improve one’s situation just because one is born in particular circumstances.

“Zaalim” and “zulm” are translated in a very narrow sense of “oppressor” and “oppression” whereas its linguistic root conveys removal of something from its genuine and rightful place. This idea can be further understood by say, placing books on a shoe rack and decorating shoes in a showcase in the drawing room. This is outright ludicrous and an offence to the sanctity of knowledge, committed by the “zaalim.” This also implies that the Urdu language does not have the exact substitute for the Arabic terminology and so the true meanings remain obscure. Be that as it may, the words have been adapted in Urdu to mean “cruel” and “cruelty.”

Another tricky word is “repudiator” which is commonly translated as “kaazib” which simply means a person who lies. A repudiator is different from a liar which is the generally accepted meaning. There is a clear difference between one who lies and the one who renounces a faith or cause, for example.

In the process of wording the quote and suggesting the title, Dr. Ikramul Haq recalled his early days in the village ( Sacha Sauda ) near Sheikhupura, Punjab where the elderly would say in Punjabi, while referring to someone who despite being literate and educated behaved like an ignorant, “Aye thay purhia likhia jaahil aye.”

The foregoing discussion sits aptly for the word “jahalat” i.e. difficult to convey in English as the closest to it is ‘ignorance’ that fails to truly express the essence of the word because ignorance emanates from lack of knowledge/awareness but “jahaalat” covers an attitude that can be attributed to both literate and illiterate persons. It does not mean that English speaking people cannot be “jaahil” but for them the expression may appear as alien for the simple reason that culturally in the western society, defiance of established norms is unthinkable which in the case of ours is a matter of pride and display of ostentatious power and wealth. Flaunting a particular brand or say, flexing the muscle of political strength is more important than observing the rule of law.

Someone who qualifies from a high end institution but refuses to follow procedure and wants to be served out of line is actually a greater “jaahil” compared to an illiterate (jaahil in our terminology) who patiently awaits his turn. Illiterate compliant, literate defiant!

The thing is that words need to be seen in the societal context and translations usually succumb to injustice on the altar of the true sense of expression of a language. This is why many well-written treatises sometimes go unappreciated on account of translations that in all probability fall short of the rigid intent of the original work. This is perhaps the reason that English translation of works of Sufi saints of Central Asia and the Indian Sub-continent is highly challenging since the core spirit of their words diffuses the moment a literal paraphrasing is conducted. 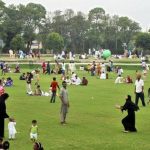 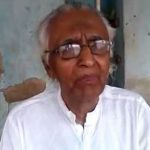 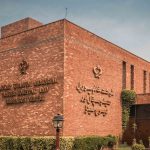 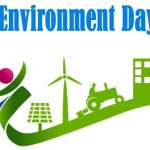