The challenge of forming a minority rights commission in Pakistan

The matter of the establishment of The National Commission for Minority Rights in Pakistan is once again in the news. The commission was formed on May 5, 2020, but has faced a lot of opposition since then.

At first, it was opposed in the cabinet committee for the inclusion of members from the Ahmadiyya community. Then, minorities raised their concerns and objected against the process of the formation of the commission, especially against including ex-office members as a part of the commission. Later, it was challenged in the Supreme Court by Dr Shoaib Suddle.

The purpose of the commission was to oversee the implementation of the Supreme Court’s landmark judgement, which was delivered by the former chief justice, Tassaduq Hussain Jillani, on June 19, 2014, in a suo motu case taken up by the apex court after a church bombing in Peshawar in 2013 that killed more than 100 people.

The government seems adamant to establish a toothless commission

Dr Suddle requested the Supreme Court to ask the ministry’s secretary about the alleged violation of an undertaking given by him to the court on Feb 19, 2020, for the establishment of a statutory National Council for Minorities.

He argued that the act constituted the contempt of court. He further asked the court to order the ministry to withdraw or withhold any notification already issued or being issued in the contravention of its undertaking before the court.

The report set out that the secretary implements paragraph 37(iv) of the 2014 Supreme Court judgement in its true spirit and meaningful consultation with the commission. 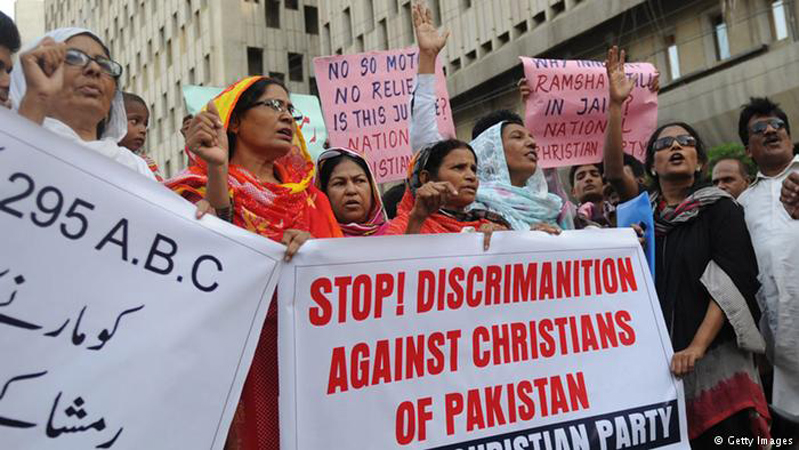 The clause said a National Council for Minorities should be established to monitor minorities in Pakistan being afforded the rights and safeguards as mentioned in the Constitution.

The council should also frame policy recommendations for safeguarding and protecting minorities’ rights, according to the judgement.

The Chief Justice’s order further called for the creation of a special task force to protect minorities’ places of worship, and also stated law enforcement agencies should act quickly when dealing with cases relating to the rights of minorities. The court also ruled that social and religious tolerance should be taught in schools and colleges.

But unfortunately, neither the previous nor the present government paid any attention to the compliance of this landmark judgement.

It is not just a matter of the formation of the Commission for Minority Rights, but there has been no progress on the other issues, which are significantly important not just to protect minorities, but to promote and establish a more tolerant society in Pakistan.

The suffering of religious minorities in Pakistan has become a serious and everyday matter, whether it is the misuse of the blasphemy law or forced conversion of Christian and Hindu girls, as recently pointed out in the Human Rights Commission of Pakistan’s latest report.

The report says that minorities in Pakistan, including the Hindu and Christian communities, continued to suffer in 2019.

It further said that minorities remained unable to enjoy the freedom of religion or belief guaranteed to them under the country’s Constitution.

The US Commission on International Religious Freedom (USCIRF) has also mentioned its concerns about the treatment of religious minorities in Pakistan, but they seem to be falling on deaf ears.

The suffering and persecution of religious minorities is not a hidden secret anymore. Rather, it is well-documented and numerous reports are published by international organisations.

Minorities seem more frustrated and distressed than ever before, but the Pakistani government appears to be oblivious to their marginalisation and repression and has done nothing to improve the situation in this regard.

Members of religious minorities, especially Hindus, continue to leave the country as they see no future for their generations in Pakistan.

According to the latest news, despite opposition from the religious minorities, six officials and 12 non-official members have been installed as members of The National Commission for Minorities.

Minorities and civil society are demanding an independent and autonomous commission through the parliament act and the present commission is considered a blatant deviation from the orders.

Minorities and civil society believe the orders of the court cannot be realised unless an empowered, independent and statutory body is established that has powers to hold enquiries and provide remedies to human rights violations. Therefore, the present commission, through the executive order, is not considered acceptable.

The government seems adamant to establish a toothless commission. As a matter of fact, a Commission for Minority Rights has existed from the early years of Pakistan but most of the time it has been titled under of ‘The Ministry of Religious Affairs’, and the minister of religious affairs has been the head of the commission. Shahbaz Bhatti was the first minister who became the head and after his death, Akram Masih Gill, who later fled Pakistan.

Unfortunately, all previous commissions haven’t been able to do any commendable tasks for religious minorities. The minorities are concerned that the newly constituted commission will tread the same path as previous attempts and won’t be able to do anything positive for their issues, leaving them unresolved forever if this practice continues.

Sadly, minorities do not feel safe and secure and believe that their properties, worship places and even honour are under attack. Cases of forced conversion of Christians and Hindu girls and the misuse of the blasphemy law is widespread against them, religious hatred and intolerance continue to rise and they are not just suffering because of the government’s policies, but on a societal level in their everyday lives as well. The Commission for Minority Rights, which was ordered by the former chief justice, Tassaduq Hussain Jillani, is their only solution.

I am not sure how far this is true and whether the commission they are demanding will resolve their issues, but one thing is for sure, that the government is under an obligation to obey the order of The Supreme Court.

The Government lacks the political will and doesn’t seem very interested and sincere in resolving minorities’ issues. But hopefully, the Supreme court will continue in its fight to ensure Pakistan’s minorities are given the rights they are entitled to and continue to demand that the government recognise the pressing urgency of establishing the council for the protection of minorities’ rights under the Supreme Court’s 2014 order.

The writer is a human rights activist