Coronavirus: act as a nation, not a crowd 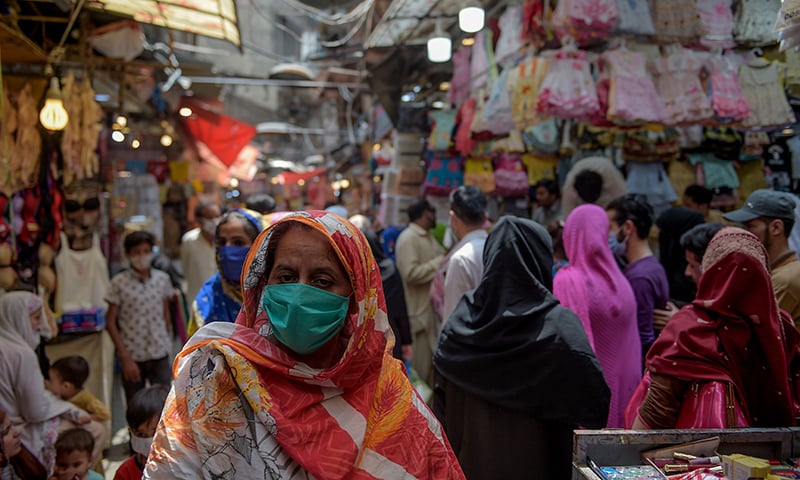 There has never been such a time in recent human history when virtually everyone on planet Earth is under threat from the same enemy. The global pandemic, which now threatens countless lives worldwide, came out of the blue, catching China off guard. It reared its ugly head in the sprawling commercial Wuhan city of Hubei province housing a population of over 190 million people. As the alarm bells rang in Beijing, not only total lockdown was enforced in Wuhan, but also public transport was suspended and all airports closed to contain the virus, to minimize deaths and to check its spread from territorial boundaries of China to the outside world. However, unluckily the horse had already bolted with its grisly tentacles traversing the length and breadth of planet Earth leading to lockdowns and suspension of trade and economic activities and confining people to their homes. And now, an eerie of silence and fear has blanketed the entire world and death seems to be stalking almost everyone.

In this scenario, Pakistan is not only heavily indebted but its health infrastructure is also weak, as we spend just 1% of our GDP on health. With this much low spending on health and financial instability and dependence on the international financial institutions, the country is finding it too hard to battle the pandemic and emerge victorious.

The most macabre aspect of this scenario is that the number of the jobless people is increasing each day. According to careful estimates, 20 to 70 million people run the risk of slipping below the poverty line, while 18 million people could lose job due to the lockdown in Pakistan. This means more and more people will join the camp of jobless people in the coming days forcing the government to make more allocations. This will in turn drill more holes in the already weakening state kitty. The foreign remittances – one of the sources bringing offshore money from expatriates to the state kitty – have also started to dwindled. The question is how long the government will make more and more allocations to save people from hunger and starvation.

We should also keep in mind as a nation that we are in a region where peace is hanging by a thread, and though the pandemic has also engulfed South Asia, our arch-enemy India is still busy pursuing its hegemonic agenda and going to all lengths to hit us hard. The ceasefire violations are also on the increase despite the fact that the entire Indian has been locked down. Weak financial position will make us more exposed and vulnerable, and as a self-respecting nation, we simply cannot afford it.

We must also keep it in the forefront of our mind that as long as scientists, geneticists, and microbiologists do not find a cure, we have to live with this goddamned virus. So, the best option for us now is: a delicate balance between an increasingly unpopular lockdown and the economic activities. Traditional tactics may not work. This is an extraordinary situation and the government needs to think out of the box. We cannot keep the wheel of economy jammed for long, but we can surely manage how it spins. Government needs to apply zero-tolerance policy towards prevention and safety through strict compliance of health protocols by traders as well as people by activating the magistracy system. We cannot club and baton-charge people, we cannot send them to jail, we cannot kill them, but we can make them pay the price of any violations in the shape of heavy fines. There must be zero compromise on any violations. The district administration team led by responsible officials should fan out in their jurisdictions and heavily fine traders or citizens violating the health/safety protocols. We cannot leave this onerous responsibility to our police alone. We have to activate our long dead and buried magistracy system along with a nerve centre comprising people drawn from our security and intelligence institutions to keep an eye on those out in the field to ensure 100 percent compliance of the health protocols.

And, at the same time, it is an undeniable fact that the government alone can’t defeat this monster. Though the confirmed cases and casualties are smaller in number in Pakistan compared with many other countries in the region and beyond, the country cannot battle the pandemic and emerge victorious if people do not play their part in the shape of social distancing and strict adherence to the health and safety protocols. Irresponsible conduct on the part of even a few people may negate the whole struggle being put in by the government and the health workers to stem the disease’s spread.

Responsible nations take such challenges as an opportunity. An opportunity to get united and fight for the collective good of the society and the humanity. Can we, as a nation, afford dodging our responsibility in these difficult times? Certainly, No. Partying, stock-piling essentials and panic-buying are not less than a crime in these circumstances. We have to stand together, but by standing apart – social distancing. We have to be compassionate towards others, have to be a helping hand.

The nightmare is not over yet. There is still a long way to go. It’s do-or-die time … and everyone has to keep his seat belt fastened if we want to successfully land in the post-coronavirus world. We have to behave like a nation, not a crowd. If we failed as a nation in ensuring strict compliance of health and safety protocols and left it to the sweet will of some of our unruly and lax people, then soon we will see our own flesh and blood dying on the ventilators and going to the graves unceremoniously. The ball is in our own court now.