End of the superpower?

The word “end” has been frequently employed in the lexical trove of historians, scholars and literati of the twentieth century. Some examples are End of Philosophy (1974) by Martin Heidegger, End of Ideology (1988) by Daniel Bell, End of Modernity (1991) by Gianni Vattimo, End of History (1992) by Francis Fukuyama, End of Physics (1994) by David Lindley, End of Science (1996) by John Horgan, Beginning and End of Religion 1996 by Nicholas Lash, End of Economic Man (1996) by George P Brockway, and End of Democracy (2003) by Abid Ullah Jan. 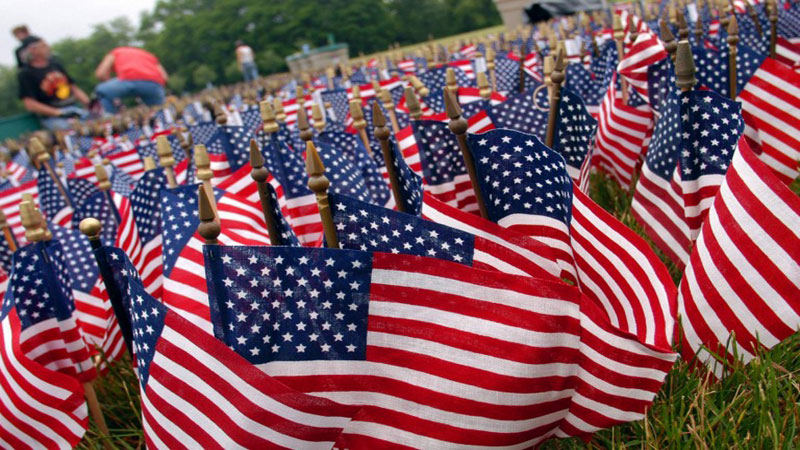 The frequent use of the word end by prolific minds implies that it is both an endogenous as well as an exogenous phenomenon. As science and technology are leaping beyond the horizons with new innovations and inventions, it also leads to debility in tackling myriad issues like the unclear and unknown origin of a virus in the evolutionary history of life to identification of the forces through which tectonic plates move. These kinds of endless theories of science may end somewhere at some point, but what appears to be indefinite is the end of the mightiest superpower in the contemporary world.

The United States of America-the greatest superpower in the recorded human history-is now under the yoke of one of the world’s tiniest and mysterious entities. The US is the world’s largest economy in nominal GDP and net wealth, with dollar being the most widely used currency in most international transactions. The US’s technological advances in the fields of computer, medical, pharmaceutical, military and aerospace are undeniable, and so are its global influence in terms of military might, and foreign political manipulation. This power could meet with doom if this epidemic of the coronavirus is not dealt with an iron hand.

While the situation on ground is sorrowful in the United States, it seems as if the current political top brass who are handing this outbreak had ascended to power through a rigged electoral system. That seems to be the case because the coronavirus, per se, is not really a problem; rather, it is the confused modus operandi of politicians that is causing problems. Their false claims on daily basis, in attempting to stem the spread of the virus, are merely eloquence in the Rose Garden of the White House in front of foreign and domestic journalists. It is evidence of their insincerity in grasping the lethal situation of the virus outbreak and lack of ability to govern the country.

Their super superiority complex is only damaging and taking the American economy into a dark abyss from where the retrieval would be very difficult. Pundits and experts are predicting a very high death tolls, unemployment hikes, and a horrifying social disorder. The amount of debt relative to the American economy is highest since after the World War II.

The sudden lockdown of economic activity will decrease the GDP; goods and services produced at an annual rate of around 40 percent will also add fuel in the fire. A curfew like situation gives the impression as if the US is in a state of war. Vehicles are queued outside grocery stores to get limited groceries; patients wait overnight in hospitals for a virus examination; forceful dismissals from jobs are taking place; some jobs continue with decrease in wages; and people are registering for unemployment benefits with heavy debts on their shoulders. They are reluctant to spend more because of apprehension about the future

Less or no more production in the country will mean new costs on businesses and higher prices for consumers. Hotels, restaurants, bars, theatres, entertainment venues and sport activities are closed. Processions of coffins without wreaths are seem. TV headlines only exacerbate the psychological shock, but the real facts and figures havne not surfaced in media in order to prevent the American nation from getting panicked.

Why is the US suffering much more than any country in the world while the original source and epicentre of the virus was China? This is a million-dollar question for Americans to contemplate. How has China with its so-called incompetent Communist party system contained the spread of the coronavirus swiftly and in a short period of time, although with mammoth economic losses, and the world’s only superpower has miserably failed to do so? Is Communism outweighing democracy or does the answer lie in the conscience of the American leadership that is unable to lead the superpower correctly?

The aftermath of 1920’s Spanish Flu brought hunger and financial disaster to the US, but the leadership and the nation unanimously fought with vigour. Why does the current disastrous scenario herald a nightmare of pain and suffering for Americans? The current state foresees an economic debacle. Even if businesses are reopened in order to rebuild the economy, under what terms can they resume operations as there are no signs of a vaccine?

The US’s economic jugular vein has been entangled in a web of the coronavirus. That may, ultimately, pave the way for the cessation of the US’s economic hegemony in global political arena.

The writer is a post-doctorate scholar and a research analyst at the Department of Management Sciences and Engineering at Kunming University of Science and Technology, China