Coronavirus and the future of European solidarity

As of April 11, 2020, the reported death toll in Italy from the coronavirus was over 19,000, the highest in Europe and second only to the United States worldwide. The country was declared the epicentre of the coronavirus pandemic by the World Health Organisation (WHO) on March 13, 2020, less than a month after it reported the first confirmed case. The exponential increase in infections and deaths from the coronavirus have brought Italy’s health care system to its knees as doctors in the worst-hit regions decide whom to save. To say that these are unprecedented times would be an understatement. 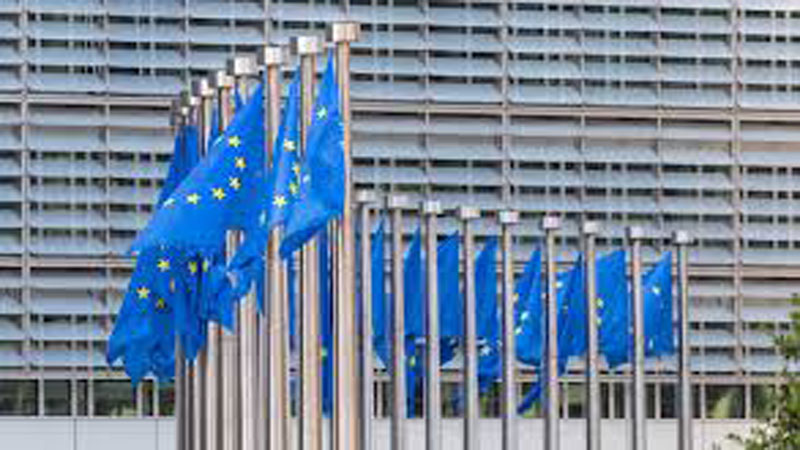 For many people within and outside the European Union, it was unfathomable to see Italy, Spain and France struggle to keep the death toll under control with their health care sectors under immense strain. At their peak, Italy and Spain each recorded over 900 deaths in a single day. Economic worries faded into the background as governments in the worst-hit countries of the EU grappled with keeping people indoors, shutting off all non-essential businesses, and sealing borders. This is the biggest challenge that the European Union (EU) has faced since it came into being with the aim of collective economic prosperity, open borders and solidarity amongst member states. The EU’s economic, political and social response to the coronavirus outbreak may change the Union forever.

As it became clear that Italy was going to be one of the worst affected countries of the global outbreak, the Italian ambassador to EU implored member states to take actions that were “quick, concrete and effective.” The president of the European Commission, Ursula von der Leyen, said in an address to the European Parliament that member states had been slow to react to the alarming rate at which COVID-19 spread in Italy, prioritising their own needs over each other’s. This is not the first time that the Union has been accused of abandoning troubled member states.

Italy’s has been one of the poorest performing economies of the European Union and austerity measures imposed by the EU are often received with scepticism by Italians. Budgetary restrictions imposed by the Eurozone’s policies have often been blamed for the perpetual downward spiral that the Italian economy is stuck in. As Europe braces itself for the economic impact of the coronavirus pandemic, the European Commission has eased its fiscal rules, allowing national governments to take steps required to protect its industries, health care sector, and people’s livelihoods.

However, even pro-European Union politicians in Italy have a bleak view of the country’s future in the Union. Italy’s President Sergio Matterella warned of the existential threat to the Union as Italians questioned European institutions while the coronavirus claimed hundreds of Italian lives daily. This time, when Italy’s place in the Union is questioned by right wing politicians and the general public alike, the economy will not be the central talking point. The Union will be reminded of the number of Italians who were losing their lives in overcrowded hospitals while politicians in Brussels watched.

Germany and the Netherlands have opposed creation of bonds that would mutualise debt and would help economies of countries worst affected by the coronavirus. Earlier in 2010-2012, the Eurozone debt crisis set off by Greece’s enormous budget deficit saw southern European countries adopt severe, and domestically very unpopular austerity measures. Northern European countries have often claimed that the excessive spending habits of the south are to be blamed for poorly performing economies. The political and economic frictions between the North and South is reflected in increasing support for the right wing in countries like Italy where the nationalist League Party won over 17 percent of the total vote in 2018 elections. Moreover, Italy’s voter turnout in elections for the European Parliament have declined steadily, falling to 54 percent in 2019 from 57 percent in 2014.

The current pandemic and Brussels’ response to southern countries may decide the future of the Union. Richer European countries have been blamed for safeguarding their economic interests and being hesitant to bail out countries like Italy and Spain even as the number of deaths from COVID-19 in these countries mounts. Right wing political parties in southern European countries will, in all probability, capitalise on the general sentiment of being abandoned by the North; however, pro-EU parties may also find it difficult to rally support for the Union.

The current popular narrative is that China, Cuba and Russia showed up to help Italy while other European Union member states were busy securing their borders and resources. While the Chinese aid in the form of medical equipment, test kits and medical experts generates goodwill in Italy and other recipient countries, the European Union is still in a position to salvage its image. Brussels has already announced extraordinary measures in response to the fiscal fallout of the coronavirus; however, it may need to do more and for the longer term in order to reassure countries like Italy and Spain of the Union’s support.

The European Commission has announced unemployment assistance packages to member states, loans to help small and medium enterprises, support to member states’ health care systems, and access to up to 800 million euros from the European Union Solidarity Fund. Member states’ finance ministers could reach a consensus on the number of such financial assistance measures to the worst affected EU countries, but debt mutualisation or “corona-bonds” have been ruled out for now.

Whether the stimulus package announced after the meeting between EU finance ministers would be enough to appease Italy and Spain or not would be determined once Europe begins the process of restarting its economy. The non-consensus over debt mutualisation may remain a thorn for European solidarity as economic recession hits the already struggling economies of the south.

The writer is a former civil servant