Pakistan and India in the recent annals of international politics are the only states in the world that have been engaged in perpetuating antagonism for the last 72 years. Their hostility even remains immune to the novel coronavirus, a pandemic disease that has engulfed the whole world. Warmongers at the helm of affairs, on both sides, convert natural calamity into opportunity to galvanize their hostility. Indian Prime Minster Narendra Modi is least bothered about COVID-19 in India- held Kashmir. The Indian unprovoked shelling continues during COVID-19 at the Line of Control (LOC) killing innocent civilians. For both states, the continuation of hostility at the expense of their masses developments in the foreseeable future would inevitably be counterproductive. Prevailing COVID-19 ought to serve as a wake-up call for them, and should now concentrate on human developments rather than building military strength. 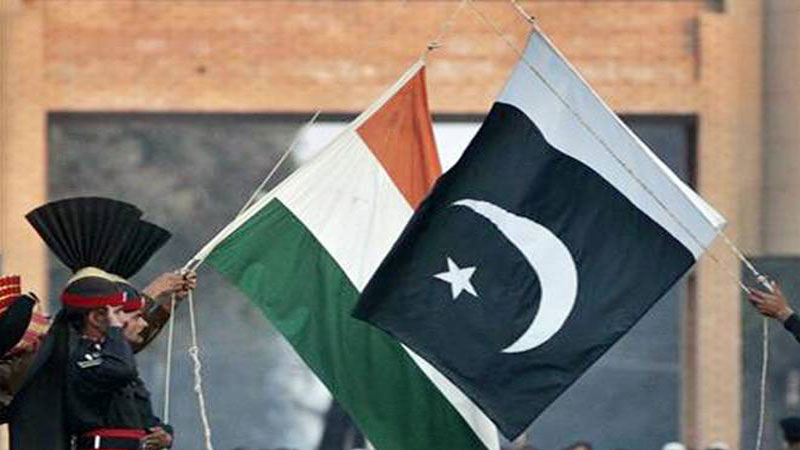 However, COVID-19 even has exposed myriad health sectors and vulnerabilities of developed states. COVID-19 warns policymakers that consolidation of military power at the expense of health budgets will put the lives of masses in jeopardy. The Stockholm International Peace Research Institute in its report reveals that the world’s total military expenditure has reached approximately to $ 1,822 billion in 2018. The US is at the top in the world in spending on its military expenditure. According to International Institute of Strategic Studies, the US spent nearly $ 700 billion on its military in 2019 and the figure is expected to rise to $ 725 billion in 2020. Resultantly, the US is bearing the brunt in death tool amid in Covid-19, it has now overtaken Italy.

Death tool of the US is a great lesson for Pakistan and India to ponder over it. Statesmanship of both states needs to overhaul their foreign policies and reassess the gravity of threats emanating in post-COVID-19 arena. Non-traditional threats such as COVID-19, climate change, water and food scarcity are more lethal and destructive than so-called imaginary or traditional threats. The entire world, including Pakistan and India never remained in lockdown by virtue of traditional threats but non-traditional threat, first time in history has clamped down on the whole world, halting economic, political, social and religious activities across the world and is likely to alter the complexion of world politics very soon. Presumably, in near future threats from pandemic disease and climate change will multiply due to existing an exploitative capitalist system going against the law of nature. Nature is going take its revenge from mankind in shape of pandemic disease and climate change.

Suffice to say that theory of realism in such fragile circumstances has caused a colossal damage to Indo-Pak relations. Seeing the relationships of two belligerent states merely in prim of realism would further deepen the enmity. Analyzing the critics of realism and implementing them in foreign policies of both states by all means would de-escalate the tension. First and foremost, realism negates non-traditional threats like pandemic diseases and climate change only prioritizing traditional and imaginary threats. Currently, 600 million Indians are struggling with drought and the country is the largest user of ground water in the world, by 2030 approximately 40 percent of the Indians may not have access to the drinking water. Above all, 200,000 people in India die every year due to undrinkable water. Intriguingly, deaths of 200,000 Indians by contaminated water are not a threat in realist’s lexicon.

Had Pakistan and India been economically interdependent, there would have certainly been less likelihood of such hostility

Meanwhile, Director General of the Pakistan Meteorological Department (PMD) Dr Ghulam Rasul says, “Pakistan will become water scarce by 2025”. German watch, a German think-tank, on the other hand, shows a grim picture of Pakistan’s vulnerability to the climate change, saying that Pakistan is the 7th most vulnerable country to the climate change. To bear in mind, such threats do not fall in realist spectrum.

Secondly, realists are disinterested in economic interdependence, concentrating solely on maximization of power. Maximization of power and security without a robust economy is simply out of the question. According to Stephen Cohan, South Asia is the least economically intertwined region of the world, having merely 5 percent intraregional trade. Had Pakistan and India been economically interdependent, there would have certainly been less likelihood of such hostility. Thirdly, realists overshadow intrastate conflict usually referred as civil war or internal conflict. Both India and Pakistan are confronted with intrastate conflicts. Arguably, intrastate is more detrimental to the state than interstate conflict, enfeebling state’s political system and national integration.

Implementation of social constructivist theory is prerequisite in Indo-Pak relations in post-COVID-19 arena. Alexander Wendt, a renowned social constructivist, says “anarchy is what states make of it”. He further articulates that friendship and enmity is socially constructed that could not be taken for granted. In the real world, the existence of friendship, enmity and sovereignty is questionable. Making friendship, enmity and sovereignty are dependent variable, depends on man’s and woman’s consciousness. The prevailing hostility of Pakistan and India in contemplation of Wendt could be deconstructed by changing enmity into friendship for the purpose of combating COVID-19 and foreseen non-traditional threats in the future. In short, the post-COVID-19 scenario is supposed to change mindsets of both states to shun imaginary threats and securitization of foreign policy and should focus on human development including health and education sectors.