WHO responds to Trump’s threat to defund organisation

The World Health Organisation (WHO) has marked 100 days of battling the coronavirus by calling for national unity, asking politicians not to use the virus for political point scoring. 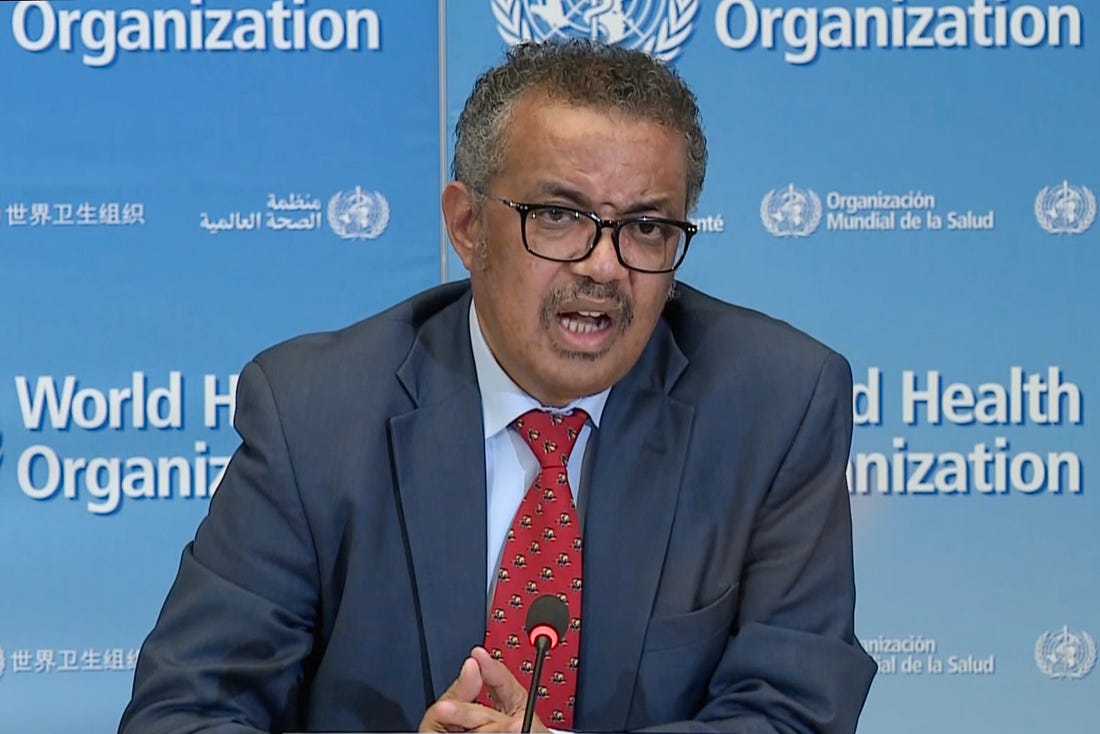 Director general of the WHO Tedros Adhanom made the call this afternoon after being asked about US President Donald Trump’s threat to cease sending US funds to the organisation.

Trump made the threat last night, claiming that the WHO had “called it wrong” on the virus and that the organisation was “very China-centric” in its approach.

Reacting to the threat this afternoon, Adhanom said the world must “quarantine politicising Covid”.

He said he would not directly address Trump’s threat because “we shouldn’t waste time pointing fingers”, but that politicians across the world should not use Covid-19 for political point-scoring.

“My short message is please quarantine politicizing COVID – the unity of your country will be very important to defeat this dangerous virus. Without unity we assure you even any country that may have a better system will be in more trouble. That’s our message,” he said.

He went on to urge a global response to the virus similar to the one that combated smallpox.

Trump had declared at a White House press briefing Tuesday: “We’re going to put a hold on the money sent to the WHO.”

The WHO has increasingly been the focus of questions about its response to the coronavirus pandemic, including information it tweeted in January that quoted “preliminary” findings from Chinese authorities that downplayed the seriousness of the virus that has since turned into a pandemic, shutting down daily life around the globe.