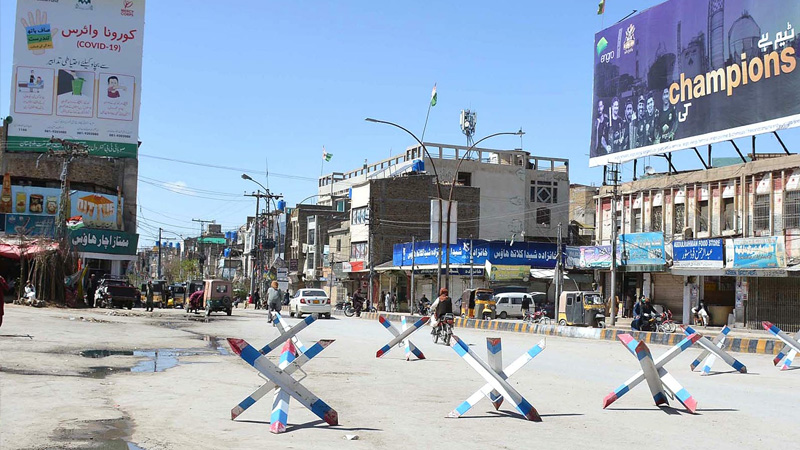 On Wednesday, a 32-year-old female patient of coronavirus admitted to Mayo Hospital passed away. The patient is said to have been a liver patient. She was brought to the hospital on April 3 and on her arrival, she had given a written refusal to receive liver dialysis. Mayo Hospital Chief Executive Officer Asad Aslam said that the patient’s refusal to receive liver dialysis had resulted in her death.

Punjab health ministry announced that another 78 individuals had tested positive for novel coronavirus in the province. Adding up the latest figures in the previous provincial tally of coronavirus cases, the total number of those diagnosed with the virus currently stands at 2108.

Two new coronavirus cases have been confirmed in Balochistan, taking the provincial total to 212, according to Balochistan government spokesperson Liaquat Shahwani. He said 94 test results were received from a laboratory in Quetta out of which only one was positive while 30 reports were received from Taftan out of which one was positive. A total of 76 people have been discharged from hospitals so far after recovering, he added.

Lahore Zoo on Wednesday requested Punjab’s health department to facilitate the screening of its employees for coronavirus after a tiger in a New York City zoo tested positive for Covid-19 earlier this week. The zoo has also asked the University of Veterinary and Animal Sciences, Lahore to conduct a general health checkup and screening tests of the animals. Sixteen people in Gilgit-Baltistan’s Nagar district were sent home after recovering from Covid-19 and testing negative, the health department said. Fifteen of those recovered are women. Gilgit-Baltistan’s (GB) information minister Shams Mir said the government will impose a curfew from 11pm to 3pm on Thursdays and Fridays. He added that coronavirus has taken a ‘dangerous turn’ not only in GB but all over Pakistan. He said that the government would take care of poor people including labourers.

In Karachi, Customs Collector Wasif Memon said that four custom officials are under quarantine after one was infected, adding that the infected official in question is in stable condition. He said that only limited staff are allowed to go to the ninth floor of the Customs House as a precautionary measure. He said that the Customs House will be completely fumigated and another branch will be opened to avoid undue load. “There will be a complete ban on entry of people without any face masks or those visiting without a cause,” he added.

Employees of the Civil Aviation Authority (CAA) will also be tested for coronavirus after 25 passengers they were exposed to tested positive. The passengers were on a special flight from Toronto that arrived in Islamabad on April 3. The Khyber Pakhtunkhwa health department has, meanwhile, ordered the reopening of hospital out-patient departments (OPD) in the province. A notification said that all hospitals will take necessary precautions while welcoming and evaluating patients. They will be screened and then referred to relevant doctors, it said. OPD operations had lay suspended since the past 15 days.