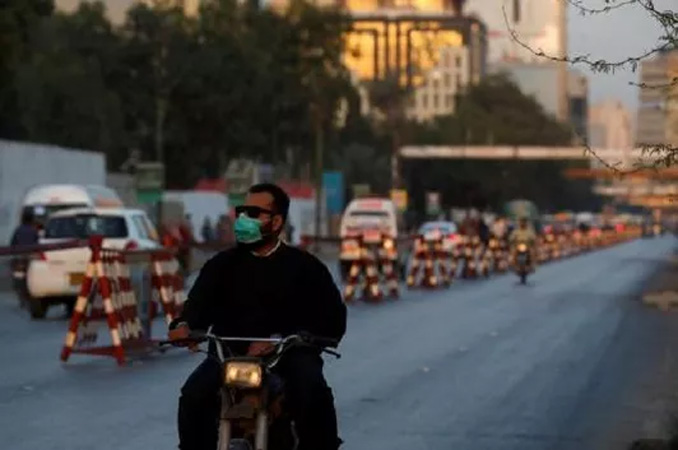 The COVID-19 has sent shock waves around the globe, forcing panicking governments to take excessive measures to curtail its fast spread. The pandemic has killed over 70,500 people worldwide, while infecting over 1.2 million people others, as the virus is expected to peak by mid April 2020, placing over third of the world under lockdown.

While in these desperate times, leaders on all levels across the globe are going to extraordinary lengths to do whatever possible to contain the virus. Among them, while some are one-off moves ,others can be much more invasive – and potentially last long after the virus threat eventually subsides. Governments are locking down cities with the help of the army, mapping population flows via smartphones and jailing or sequestering quarantine breakers using banks of CCTV and facial recognition cameras backed by artificial intelligence.

Amid virus led scare, citizens across the globe are willing to sacrifice civil liberties temporarily, paving way for restrictions that are unprecedented in peacetime and made possible only by rapid advances in technology. The readiness by the masses to accept excessive measures imposed by the governments may be short lived, but history shows that emergency powers can be hard to relinquish. Although the measures taken to contain the pandemic have just been initiated, worrisome tendencies have begun to manifest themselves in a number of countries, as Police and law enforcement agencies across the world have been given licence to control behaviour in a way that would normally be extreme even for an authoritarian state.

From China to Israel governments have required citizens to install smartphone apps, allowing officials to track individuals and determine whether they can leave their homes. In the United Kingdom, police have been given powers to arrest suspected coronavirus carriers. Meanwhile, several countries have used the coronavirus pandemic as a justification to stifle social dissent, banning assemblies and protests. Already in Hungary, the government has introduced a bill that would give self-styled “illiberal” Prime Minister Viktor Orban the power to rule by decree indefinitely. The opposition tried to slow the bill, but Orban’s coalition in possession of supermajority has the capacity to pass the legislation anyway. It includes provisions to impose up to five years in prison on anyone who “distort facts” to weaken the governments “defence measures.”

In India, Prime Minister Narendra Modi imposed unprecedented three-week curfew across the country. Indian officials are tracking mobile phones, pulling out reservation data from airlines and railways, and stamping people’s hands with indelible ink as part of a process to follow suspected infections. Modi’s administration also used the virus as a reason to clear anti-government protest that had camped out in New Delhi. Abusing the excessive power and flaying Human Rights, Indian police and vigilantes were filmed, beating people standing outside in violation of the curfew. Violating human dignity, in Indian state of Uttar Pradesh migrant workers, returning home during a nationwide coronavirus lockdown, were doused in bleach disinfectant used to sanitize buses. The incident sparked huge outcry forcing the authorities to launch an inquiry. It is also noteworthy that Indian Prime Minister Narendra Modi has asked the nation’s poor for forgiveness, as the economic and human toll from his 21-day nationwide lockdown deepens and criticism mounts over a lack of adequate planning ahead of the decision.

Adding insult to the injury the Philippine president has threatened to order law enforcers to shoot troublemakers and stop a massive food and cash aid if people resort to riots and defy a lockdown imposed on millions to fight the coronavirus outbreak. President Rodrigo Duterte has ordered shoot to kill and dousing the offenders with the potentially lethal substance or force them to drink it. Police and local officials were seen trapping curfew violators in dog cages, while others were forced to sit in midday sun as punishment

The Amnesty International and the Human Rights Watch has already urged forces around the globe to act with restraint after witnessing brute force, while European Union (EU) member states have expressed deep concerns about the use of emergency measures to tackle the coronavirus outbreak. EU has noted it may be legitimate to use extraordinary measures, but have insisted some powers could threaten “democracy and fundamental rights”.

In Pakistan, the trajectory is also somewhat very similar. Despite the fact it was germane to impose country wide lockdown which has proven to be the right decision, as the death rate in Pakistan remains to the tune of 50, as result of slowdown in community transmission of the virus. But, excessive powers extended to the law enforcement agencies to manage civilian behaviour threaten to erode remaining civil liberties. Bike riding police personnel have been involved in harassment and undue exercise of power over unsuspecting citizens under the ruse of lockdown order. Stop and search has become the new norm, while even the families have not been spared.

Even though the lockdown is indeed an extra-ordinary circumstance designed for particularly crisis that requires the introduction of extra-ordinary measures, civil and political rights ought to be respected at all times. The government’s policies will become unpopular and head towards a collision course-and may cause civil unrest and dissent if those emergency powers violate or exceed their limits. The governments must adopt additional checks and balance and accountability measures during the lockdowns to avoid power abuse. Since a social theorist Thomas Sowell said it is hard to imagine a more stupid or more dangerous way of making decisions, than by putting those decisions in the hands of people who pay no price for being wrong.