Animal Farm is also about the history and evolution of Russia

* Animal Farm, a novella, comprising of 10 chapters, is written on the Russian revolution 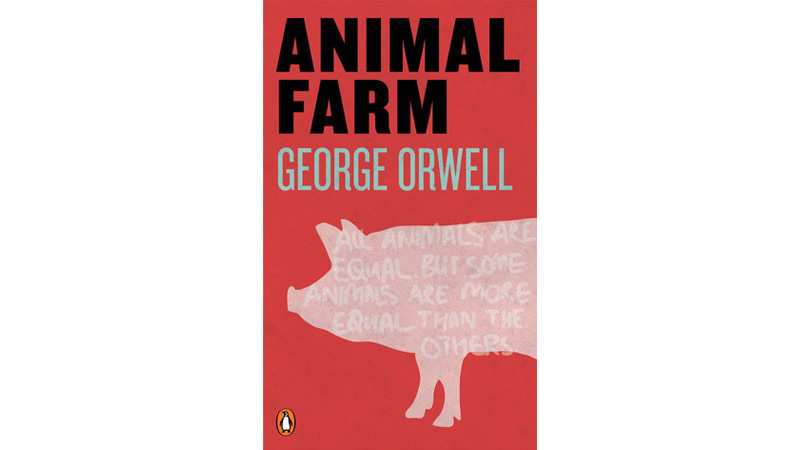 Animal Farm is a novella written by an English novelist and essayist, journalist and critic Eric Arthur Blair, known as and famous by his pen name, George Orwell.

George Orwell was born in Motihari, India but later he moved to the United Kingdom. Animal Farm and Nineteen Eighty-Four are his famous novels.

Animal Farm, a novella, comprising of ten chapters, is written on the Russian revolution. The novella starts from Manor Farm, where Mr. Jones, the owner of Manor Farm, a harsh and cruel person, after completing formal works at farm returns to his room to sleep, and on the other hand, animals of the farm gather in a hall for an important announcement. Old Major, a senior pig, calls all the animals for a gathering to share his recent dream. All the animals come together and occupy their places in the hall, and Old Major stars addressing them. He briefs them about the injustice and tortures made by humans on despairing animals. Old Major, with his brilliant address, stimulates animals for a rebellion against humans to get rid of them. He encourages animals to fight for their rights, throw away humans from the farm, work for a revolution, and establish an animal rule on the farm. After few days Old Major dies and with his departure rebellion takes place on the farm. Animals put humans out of the farm and establish their own rule, where initially Napoleon and Snowball, two brilliant pigs, handle the governance of the farm. The novella depicts an amazing picture of the cleverness of animals. Napoleon and Snowball handle all the administrative works of the farm cleverly and form different committees of animals to handle different tasks of the administration. Animal administration works the same as that of humans. Napoleon and Snowball launch different projects for the ease and betterment of all the animals living on the farm.

Soon after the establishment of animal rule Mr. Jones, former owner of the farm, returns with a strong force and attacks the farm to destroy animal rule and to form a human rule on the farm again. But fortunately, animals following the strategy formed by Snowball to tackle any human attack successfully defeat Mr. Jones, and ensure the sovereignty and prosperity of animal rule in the farm. Animals after their encounter with humans celebrate their conquer, introduce the concept of animalism, form basic governance rules for the farm, change the name of the farm from Manor Farm to Animal Farm, and provide a good lifestyle to every single animal living in the farm. Now, animals become very happy and they live a far good life than that of under Mr. Jones’s ownership. Snowball becomes very active in all administrative works, contributes a lot in making the lives of animals easy, and wins the heart of every single animal living on the farm. Napoleon in the greed of leadership conspiringly pushes out Snowball from the farm, takes over the administration, and rules on the animal farm solely. As a ruler, he enrolls in corruption on a big scale, considers himself and pigs superior to other animals, and deceives and torments to them. He lives a lavish life and propels other down-trodden animals further in ravage.

Old Major, a senior pig, calls all the animals for a gathering to share his recent dream. All the animals come together and occupy their places in the hall, and Old Major stars addressing them. He briefs them about the injustice and tortures made by humans on despairing animals

Napoleon rules the farm with mismanaging and fails almost in every aspect of leadership. He regards all the destructions of the farm planned conspiracies of Snowball and gives whole credit of progress to himself. He forces all the animals of the farm to work hard for the betterment and prosperity of the farm and gives them nothing in return. He reduces the fare of work for all the animals and compels them to work harder hungrily. He impels the animals of the farm in worst conditions and keeps them far away from any uprising with his horror. Finally, Napoleon, a pig, ruler of the animal farm, with the help of Mr. Whymper carves out new relations with humans, violates the basic governance rules of the farm that they made after their encounter with Mr. Jones, and changes the name of the farm from Animal Farm to Manor Farm.

The novella contains multiple themes. Firstly, it depicts the picture of the Russian revolution. Mr. Jones, a very cruel person, refers to Mr. Tsar Nicholas II, a very cruel person on farmers, and the last ruler of Russia before the revolution. Old Major, the pig encouraged animals for rebellion, can be considered as Karl Marx, the founder of communism who encouraged farmers to take over governments. Napoleon, a pig and greedy ruler of the farm points towards Joseph Stalin, the second ruler of Russia after the revolution. Snowball, a pig ruler of the farm, refers to Trotsky; a ruler of Russia, very friendly towards common people, was murdered with the conspiracies of Joseph Stalin. Secondly, it depicts the picture of clever animals in the future. And thirdly, it shows how commoners are deceived by rulers.

The novella is very interesting and enjoyable. Orwell has depicted all the scenes skillfully. And the way of representing characters is worthy to note. The outstanding novella along with fun also reveals the history of the revolution of Russia.