The Saudi Arabian government has resumed the Tawaaf on the Mataaf allowing a small gathering of people to perform their ritual. 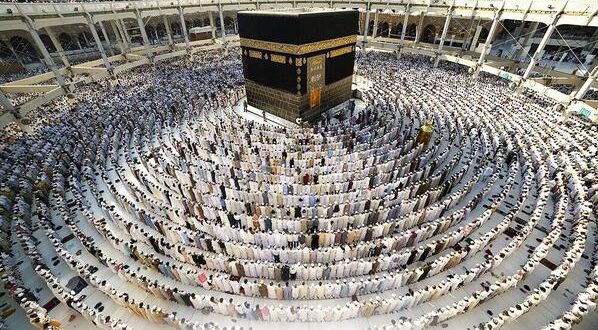 In Haram, the section of Mutaf has been allowed to resume tawaf, while in the meantime only a small gathering of people can perform tawaf.

Tawaaf has resumed on the Mataaf allowing a small gathering of people to perform their ritual. pic.twitter.com/gFyjeG3qFM

During the tawaf, a security structure has been erected around the Kaaba and visitors will not be allowed near the Kaaba.

Notably, the Saudi government has announced a partial curfew for 23 days from March 23 to prevent the Coronavirus.

The Saudi health ministry said 16 of the cases are individuals who arrived from abroad, while 138 others were in contact with previous cases.

A total of 68 cases are linked to having a close contact with previously confirmed patients, the ministry further said, adding that there are now 12 cases in critical health conditions but are receiving all necessary healthcare required.

This increases the total number of COVID-19 cases to 1,453 in the kingdom, of whom 116 recovered and eight passed away, the ministry said.

Meanwhile, the health ministry announced on Monday the order by Saudi King Salman bin Abdulaziz Al Saud to provide free treatment for all coronavirus cases inside the kingdom