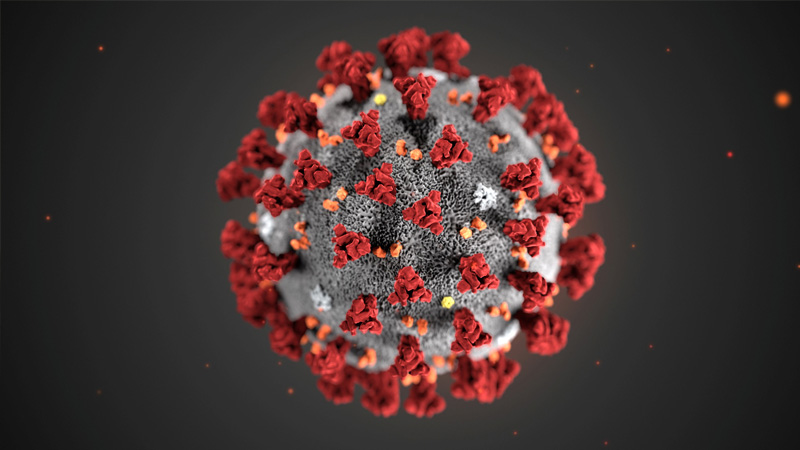 The number of deaths from coronavirus in Pakistan rose to eight after one more causality was reported in Punjab on Wednesday.

The national dashboard, maintained by the federal ministry of health, reported that another patient of coronavirus had passed away, taking the nationwide toll to eight. The dashboard has not specified in which province the death took place place. However, the Rawalpindi district administration told a private TV channel that a woman diagnosed with Covid-19 passed away from the disease. The woman had travelled from abroad and had been under treatment since March 21.

The coronavirus tally in Punjab province hit 323 as 27 more cases were reported from the province. According to a spokesman of the provincial health department, provincial capital Lahore is on top with most cases. “Confirmed #COVID19 cases in Punjab are 323. 176 Zaireen in DGK and 4 in Multan Quarantine tested positive so far. Lahore has 80, Gujrat 21, Gujranwala 8, Jhelum 19, Rawalpindi 4, Multan 3, Faisalabad 3 and MBD, Narowal, RYK, Sargodha, Attock have 1 case each,” Chief Minister Usman Buzdar posted on his Twitter handle.

Nine new cases were reported in Balochistan, taking the provincial tally to 119.

Khyber Pakhtunkhwa (KP) on Wednesday reported 39 new coronavirus cases after 46 people were tested in a union council of Mardan. KP Health and Finance Minister Taimur Khan Jhagra in a tweet said that 46 people from Union Council Manga were tested for coronavirus, out of which 39 people tested positive. “Quick update of extended Corona Virus test results in UC Manga, Mardan where Pakistan’s first death was recorded, and a lockdown was enacted. Sampling has shown that out of 46 people tested in the UC, 39 tests are positive. 4 samples were rejected. All tested were asymptomatic,” he said in a tweet.

On the international front, Saudi Arabia on Wednesday sealed off the capital Riyadh and two of Islam’s holiest cities and extended curfew hours as it reported its second death from the new coronavirus. The kingdom barred entry and exit from Riyadh as well as Makkah and Medina and prohibited movement between all provinces, the official Saudi Press Agency reported, as the health ministry said the total number of infections spiked to 900.

Another 683 people died of the coronavirus in Italy, officials from the country’s Civil Protection Agency said, bringing the country’s total death toll to 7,503 and pushing the global death toll past 20,000, The Washington Post reported.

The number of confirmed Covid-19 cases in the United States surpassed 60,000. According to Wall Street Journal, this was led by a ‘continued surge of infections in New York as lawmakers worked to soften the economic consequences of the pandemic that has shut down wide swaths of the country’. Turkey will extend the closure of all schools in the country until April 30 due to the coronavirus outbreak and home schooling will continue during this period, Education Minister Ziya Selcuk said Wednesday.

Turkey has shut schools and set up a home-schooling system for students to continue lessons online or through TV channels. Selcuk said the government would work to make up for the missed schoolwork once the closures are lifted. “We will enrich efforts and make sure to meet all needs,” Selcuk told reporters in Ankara. “We can make up for the lost education, but we can’t make up for a disease. What is key is our students’ health.”

Russian President Vladimir Putin proposed various unconventional emergency social measures to support families and businesses amid the global coronavirus outbreak, such as a week-long holiday for workers and higher taxes on dividends. “Russia’s economy, like that of other countries, is under strong negative pressure because of the consequences of the epidemic,” Putin said. “It is now crucial to prevent the threat of the disease spreading rapidly. Therefore, I declare next week a non-working week with pay.”

The coronavirus pandemic is threatening the entire human race, the United Nations warned on Wednesday, as it launched a humanitarian response plan featuring an appeal for $2 billion to help the world’s poorest and most vulnerable people. “Covid-19 is threatening the whole of humanity – and the whole of humanity must fight back,” Secretary General Antonio Guterres said in announcing the initiative. “Global action and solidarity are crucial. Individual country responses are not going to be enough.”

Just last week, as the novel coronavirus spread to more and more countries, killing thousands and infecting many more, Guterres warned that unless the world came together to curb the spread, millions of people could die.