Black magic, astrology and all that mumbo jumbo

The one thing you find in most countries (particularly India and Pakistan) is a strong belief in black magic and the supernatural. You see huge billboards in every locality, with names of experts like “Amir Bangali Baba” who can tell you what will happen to you in future, and how to get rid of any ailment or sickness you’re suffering from, or even cause your enemies to die (by muttering certain magic words thousands of times). Even educated people believe in that fakery called “astrology”, according to which the positions of the sun and moon and stars determine what will happen to you. Before the last elections, I once saw a female astrologer on TV saying emphatically that Imran Khan would never be the prime minister, as the stars indicated otherwise. I haven’t seen her after the Dear Leader got “selected”, which is natural. She can’t go around claiming to be an expert on the supernatural, after such a devastating failure to predict the future. Come to think of it, I’ve heard that the Great Khan himself believes in such things, he’s talked about “spiritual” science many times. Even our past prime minister and the ex-president used to be advised by their spiritual advisors not to travel on certain dates. The ex-president was sometimes told to go and live in Karachi in his house near the sea, while our Mr. Clean often retreats to the mountains, apparently to ward off evil spirits.

Even educated people believe in that fakery called “astrology

I once bought a book to study palmistry and got a big shock. This was when I was in college, in 1961. According to the book, I could be dead anytime soon, perhaps within a year or two, as the life line was cut much earlier by another line. For a few days I was quite depressed, but one day I told a friend studying in medical college about it. He laughed and said, “I see bodies of youngsters everyday with very long life lines, this palmistry thing is a hoax”. Then there is numerology, which predicts the future according to your lucky number. An expert in this “science” told me that I would be a great leader one day (based on the date and year of my birth). Obviously, since this did not happen, I don’t believe in numerology either. 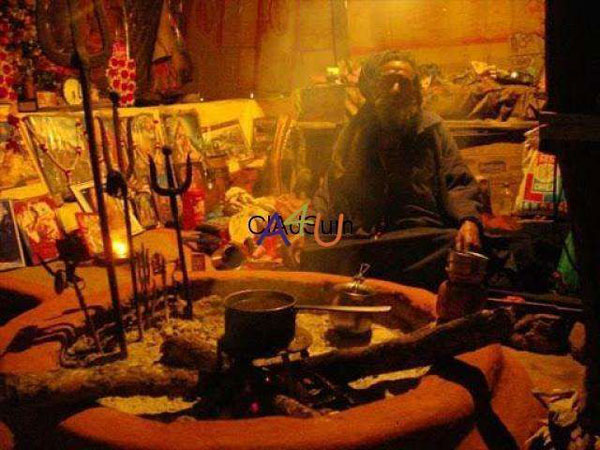 As for astrology, only a moron can believe there is anything in it. Recently there was a super moon (it was a Monday). I looked up on a few websites what was in store for me on that day. According to one, “When you help out other people today, you’ll actually be helping yourself”. Now this is something which is applicable to everyone under the sun. Moreover, “Surrender that excellent parking space to someone else, and you’ll probably end up finding an even better one later in the day”. Only a fool would believe that, the “even better” parking place would only be found in the dead of night.

Another one said, “You can capitalize on real estate and other fixed assets during this cycle”. The only real estate I have is my own apartment, so how can I capitalize on it? Another one says, “There is no concern for your health and you are welcome to enjoy the outdoors”. I wonder how he can say there’s no concern for my health, as I have to take eleven pills a day just to remain alive. As for “enjoying the outdoors”, this chap apparently hasn’t heard about the lethal corona virus.

Those who believe in all this fakery are welcome to do so. I shall always remain a skeptic.