Tuberculosis or TB is the leading cause of death among infectious diseases and one of the top 10 causes of death globally. It is caused by a bacillus Mycobacterium tuberculosis, which usually attacks the lungs but can affect other sites of the body as well. Around a quarter of the world’s population is infected with Mtuberculosis, commonly known as latent TB infection (LTBI), and thus more at risk of developing TB disease. Most people are sensitive to first line anti-TB drugs and can be cured in six months. However, if TB is not treated it can be fatal. 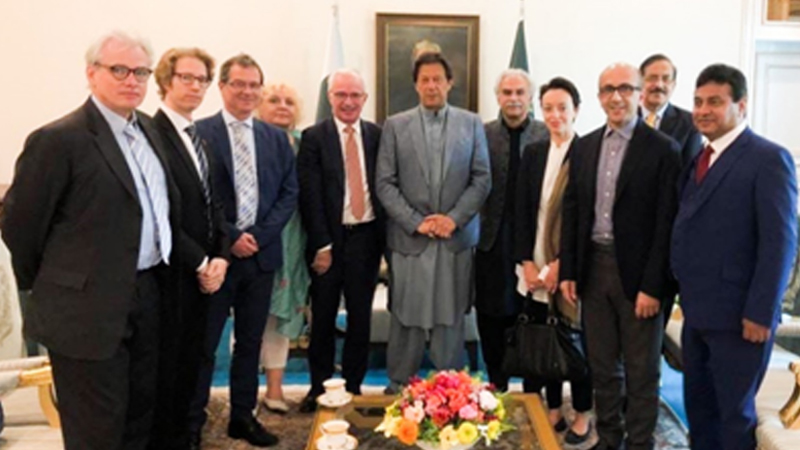 Certain deprivations of poverty such as overcrowding, poor ventilation, malnutrition, smoking and diabetes constitute the more important risk factors of the disease. Over the years, TB has taken its toll of human suffering and mortality. In our national life, its foremost victim was our founder, Governor General Mohammed Ali Jinnah.

Each year, the World TB Day is observed on March 24 to commemorate the date in 1882 when Dr Robert Koch discovered Mycobacterium tuberculosis. But 118 years later, over 30,000 people fall ill, while over 4,000 die daily from the disease, despite free diagnostic and treatment facilities, across the world but mostly in developing countries.

The World TB Day hinges around educating the public about the health and socioeconomic impact of the disease, share successes in TB prevention and control, and raise awareness of the challenges that hinder progress toward the elimination of this ancient scourge of humankind. The theme of the World TB Day 2020 is “It’s TIME”; it signifies the need to urgently accelerate the TB response to save lives and end suffering, building on commitments by heads of states at the 2018 UN high level meeting on TB.

Just consider that it is time for many end-TB related actions that must be taken in each country’s specific context. It may be time to: a) intensify TB awareness among health care providers, b) diagnose and treat latent TB and TB infection through early case detection and treatment, c) highlight personal experiences of TB survivors or those undergoing treatment themselves or through celebrities, d) to end stigma.TB is an ancient disease that has affected people of allbackgrounds. TB is nothing to be ashamed of, e) to reach out and seek medical care or follow-up care for TB.By taking any of these actions, wherever we are, we will be contributing to TB elimination across the globe.

Globally, an estimated 10.0 million people fall ill with TB every year. The burden of disease varies enormously among countries, from fewer than five to more than 500 new cases per 100,000 population per year, with the global average being around 130. The disease generally affects more men but have more devastating social consequences for women. Children under the age of 15 years account for about 11 percent of the cases. Eight countries including Pakistan account for two thirds of the total global cases: India (27 percent), China (9), Indonesia (8), the Philippines (6), Pakistan (6), Nigeria (4), Bangladesh (4) and South Africa (3). Drug-resistant TB is fuelling the TB epidemic with around half a million new cases resistant to Rifampicin or other first line TB drugs.

Pakistan develops around 560,000 new cases of TB every year, and over 50,000 TB patients die annually

Pakistan develops around 560,000 new cases of TB every year, and over 50,000 TB patients die annually. Out of these, roughly 360,000 cases are identified and mostly cured by the national and provincial TB control programmes, and 200,000 of the cases go missing and infect other persons. The proportion of latent TB infection in Pakistan is estimated at 30-40 percent in Pakistan. Most of the drug resistant TB cases in the country also go undetected.

In view of this grave situation, the United Nations held its first-ever high-level meeting on TB at the level of heads of state and government, to deliberate on ways and means to end the TB epidemic. The meeting led to a political declaration agreed upon by all UN Member States, reaffirming the Sustainable Development Goals (SDGs) and WHO’s End TB Strategy while defining milestones for 2020, 2025, 2030 and 2035 in terms of concrete reductions in TB cases and deaths. Essentially by 2030, a 90 percent reduction in the number of TB deaths and an 80 percent reduction in the TB incidence rate has to be achieved in relation to the levels in 2015.

The political declaration included four new global targets encompassing:Treating 40 million people for TB disease in the 5-year period 2018-2022; reaching at least 30 million people with TB preventive treatment for a latent TB infection in the same corresponding 5-year period; mobilize at least US$13 billion annually for universal access to TB diagnosis, treatment and care by 2022; and mobilize at least US$2 billion annually for TB research.

The director-general of WHO was requested to continue to develop a multisectoral accountability framework for TB (MAF-TB) and to ensure its timely implementation.

Last year, while the World TB Day was observed with tremendous fanfare, the peak of all the events was a national seminar to mark the launch of the TB Free Initiative in Pakistan; it was held at the Presidency, headed over by His Excellency President of Pakistan Dr ArifAlvi, on April 3, 2019.

This year, unfortunately, due to COVID-19 preventive measures, the event will be largely commemorated through print and electronic media. However, while the world goes through another pandemic, it should by no means forget another more silent and deadly one, which kills over 4,000 people every day and needs to be eliminated at all costs by all resources at our disposal.