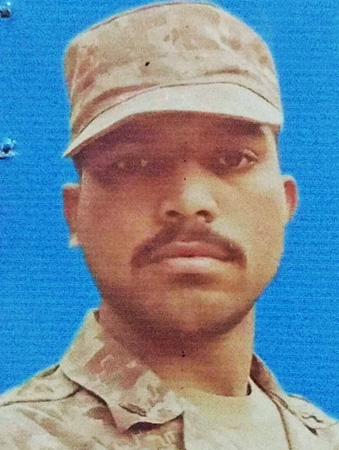 A Pakistan Army soldier was martyred in the Neelum Valley of Azad Jammu and Kashmir (AJK) in an ‘unprovoked’ ceasefire violation by Indian troops, the Inter-Services Public Relations (ISPR) said on Tuesday.

In a statement, the ISPR said that the Indian army troops “resorted to unprovoked firing in Shahkot sector along the Line of Control (LoC) in Neelum valley with heavy weapons”.

“Pakistan army responded effectively, targeting those [Indian] posts which had initiated fire and inflicted heavy losses on enemy in terms of men and material,” added the military’s media wing.

The statement said that during the exchange of fire, 20-year-old Sepoy Wajid Ali was martyred. The martyred sepoy was a resident of Dadu.

The ceasefire violation was reportedly committed by the Indian army late on Monday night.

While paying tribute to the martyred soldier in a statement, AJK Prime Minister Raja Farooq Haider said that the sacrifices of Pakistan Army personnel and Kashmiris would not go in vain.

“We the Kashmiris feel proud of our armed forces which are helping and defending us against India’s occupation forces that have unleashed terror and aggression within the occupied territory as well as along the ceasefire line,” the AJK premier said.

Haider said that the Indian army was habitual of targeting innocent civilian population along the dividing line “but their guns fall silent after forceful response by Pakistan Army.”

He also lauded the civilian population for its “exceptional bravery and resilience” and for “standing shoulder to shoulder with their armed forces in defence of their motherland”.

“The spirit of Kashmiris is as high as the Himalayas and India will never succeed in bowing them down,” the AJK premier said.