The Magic of defiant Jalib: Uncommon Poet of the Common People

It is Jalib’s 27th Anniversary today and so it marks nearly a stretch of half a century between his prime poetics and us. His legacy is poised in the embellishing relic of teaching us how to live a life by practically living it and setting us the trajectory. Life has debt on each one of us and its realization lies in the manner we live the life and pay back the due debt at least if not possible with a premium. His life account is an honorable sum of the struggle for individual liberty and intellectual freedom of the common people by defying the fake but utterly powerful socio-political pawns subjected to state and society by the elite. He crossed swords with the trends of time so set by the political and religious powerbrokers and sometimes it appears as if he was at grapple with even the life itself that he lived. Jalib still echoes through each one of us with the same variance effect of emboldening the commoners within us and equally frightening the elite within us still today so intensely. 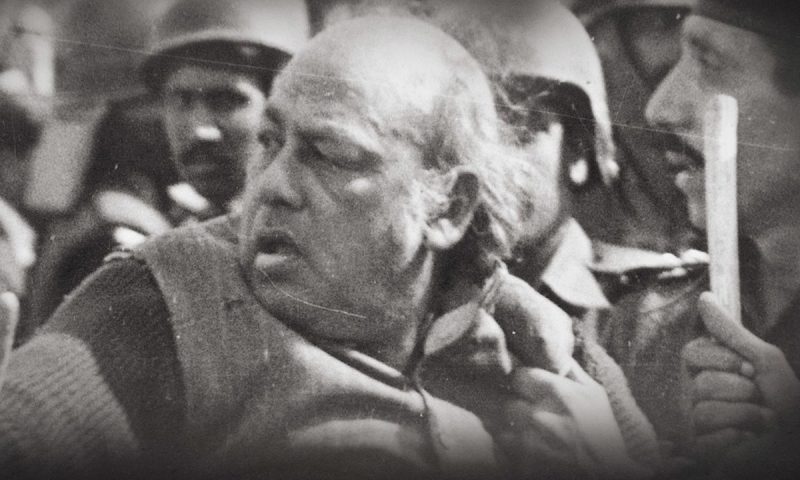 He was a lunatic who meddled with the state, with the society and with anything of everything that affected the common masses. Habib Jalib was a political cosmologist, a brave constitutionalist, a thorough socialist, a practicing democrat and a revolutionary poet whose poetry judiciously earned him the title of the ‘Poet of Masses’.

His poetry was not a symphony of a beloved couple, strolling in love and fearing the woes of separation, wreathed in decorative verbosity of love-lines and crowded with flowery symbols, intense metaphors, celebrated confessions and sumptuous similes imported off some transfixing Elysium. His poetry was a ‘stream of consciousness’ that flowed in the street events characterized by common masses which when ‘recollected in tranquility’ provided a set of teachings attempting to educate the street urchin into the complicated political, economic and social science mazes rekindling in him the compelling spirits of personal liberty, devoted patriotism, socio-economic equity and the rule of law. Jalib was threatened; Jalib was proscribed; Jalib was jailed, and Jalib was tempted but he chose to burn in the worldly hell of liberty and freedom than to relish the joys of comfort in the worldly heaven of subjection and enthrallment offered to him by the then worldly gods of the time.

Habib Jalib ascribed the socio-economic despondency of the common man to his intellectual servitude, apolitical impotency, and surrender to the forces of the status quo. His thence called venomous words surfaced at a time when the right to speak was met with the seizure of the right to life. The bitterness he held against Ayub and Zia regimes was caused by their severe restrictions on rights of individual liberty and freedom and he so criticized those regimes as the promoters and guardians of the status quo. His love seized with Z. A. Bhutto on the later’s prime departure from ordering the state structure through real democratic norms and associated the same with the furtherance of the status quo where the common man was never destined to be a beneficiary.

His poetics is a symposium heralding how the elite arrested the power through a power management system thereby becoming the representatives of the people behind the mantillas of controlled democracy which was but a conglomeration of the elite of the society. The whole power play was staged around the common people and Jalib disgusted the common masses so bitterly as to exemplify them as pitch ignorant people who should have had no privilege to live and no right to rule in his landmark dialectic poem May Nay Us Say Ye Kaha. Jalib attempted in injecting a political awakening in the common masses so that they could set themselves free of the shekels of enslavement which the elite had put around their feet.

Jalib’s perpetual poetical prevalence testifies the ability of the poetic discourse to stand the test of time as not becoming a scripture of the antiquity and has the exact material effect today as it had back then. A cursory glance at both the society and the state currently projects a sketch-like to have been drawn by the poet of the masses decades ago in perfect correlative conjunction beyond the time-space restrains predicting like a shrewd political scientist and a wise socio-psychologist our current social, political and economic plummets in the time parallax. The powerful elite still populates the power corridors of both the society and the state while the people are still running behind the roller coaster of fake democracy demonized by the forces of status quo at the expense of the common masses. It is the same power brokers in the guise of feudal turned industrialists who are the kingmakers and the king breakers amid the lashes of power ridden politics. The common man still today does not enjoy the right to govern himself and is succumbing to the rule of the elite. Society is still controlled through the echelons of the elite in taking further their legacy of social might and presence.

The writer is a Civil Servant based in Quetta, Balochistan. He can be reached at Jahangeer.kakar@gmail.com