Salman Ali — a budding qawwal with a euphonious voice 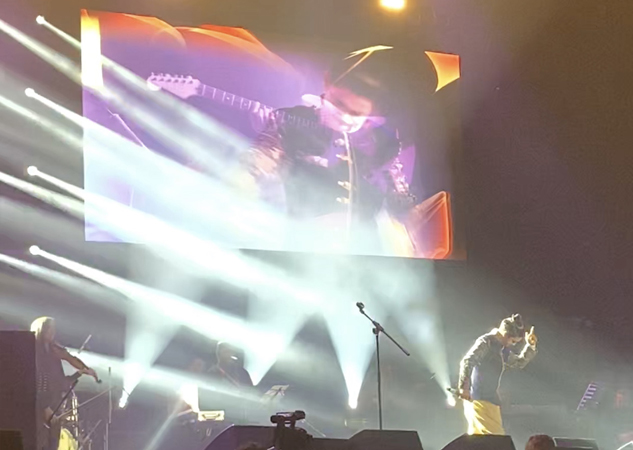 We often think of classical music as a dying genre, which will end with the climax of certain iconic voices.

And then someone comes along to prove us wrong. With pop music toping the charts, music genres such as opera and qawaali do tend to take a back seat but not forgotten. Most contestants in talent shows gear up to be the next Justin Beiber. Despite that, we have discovered amazing classical voices like Paul Potts in American Idol who has impeccable tenor voice. Similarly, Salman Ali is an immensely promising qawwal who came to the fore by virtue of a talent show.

I heard Ali for the very first time at the SSE Arena Wembley in London this February and I was shocked. The family sitting next to me had followed him from his audition to the finals in the Indian Idol that he won, and moreover, left a mark on all the judges. I was told that I am in for a surprise.

I say this with the utmost pleasure that I have heard Ustad Nusrat Fateh Ali Khan live in his hay days and Ustad Rahat Fateh Ali Khan on numerous occasions in Pakistan and London and most recently at the Wembley Arena. Thought both the icons are known for their songs in movies, their strong suit is qawwali. To put it simply they have oomph in their voice like an opera’s tenor.

You could be born with a good voice but you need to refine your skillset which only comes from practice. Ali is definitely blessed with a good voice and a good ear for music, too, as he is inspired by Ustad Nusrat Fateh Ali Khan. He hails from a humble Muslim family-from a small village in Purana-who earn their livelihood through music.

It is baffling that at the tender age of 22 his repertoire of music is this vast, ranging from pop music to classical music, and some experimental work, which tells me that he will go a long way in the music industry.

I say this with the utmost pleasure that I have heard Ustad Nusrat Fateh Ali Khan live in his hay days and Ustad Rahat Fateh Ali Khan on numerous occasions in Pakistan and London and most recently at the Wembley Arena. Though both the icons are known for their songs in movies, their strong suit is qawwali

Hearing him sing Dama Dam Mast Qalander showcased his maturity of voice. This is a known Sufi song sung as a tribute to a dervish named Lal Shahbaz Qaladar whose last resting place is in Sehwan, Sindh. Regrettably, every singer takes a go on this song, often times with little to no success, because it requires a certain elasticity in voice that only a mature musician can pull off. Ali’s high notes stretches to the sky and back-which was uplifting.

I have heard only the masters pick a bone with a tabla player; it is a way to gush your skillset, which gets me ecstatic. For a budding performer to do that before the Wembley Arena was terrific. Dabang movie series was always known for Rahat Fateh Ali Khan’s music, in its latest release the title track is sung by Ali, which is a promising future for a young man.

The future of qawwali is fairly promising. Last November, Rahat Fateh Ali Khan performed at the Wembley Arena with his son who will possibly take his legacy forward. And then we have Ali who did the headline concert with the audience wanting more-which is likely to keep Rock On Music busy. Ali is a brilliant find and the future of qawwali is promising.