Invisible ink “tattoos” could be used to ID vaccinated kids 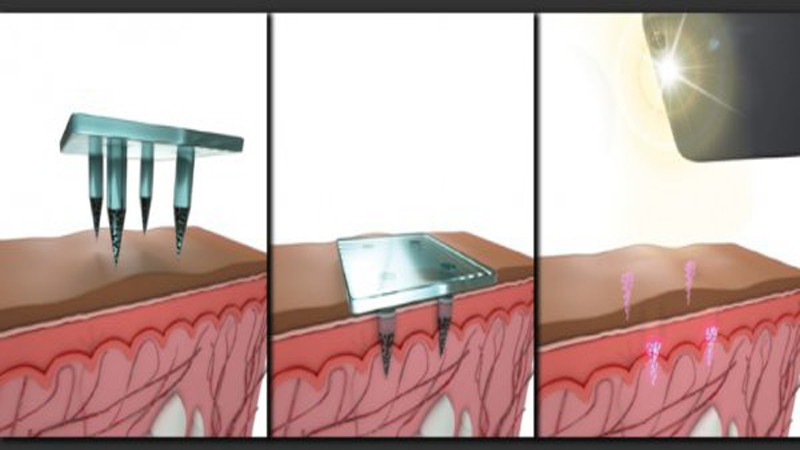 Vaccines have been saving over 2 million lives a year, immunization proves to be challenging in developing communities. The lack of resources and consolidated record keeping makes it difficult for understaffed facilities to keep track of individual cases, playing a part in an estimate of 1.5 lives lost due to under-vaccination.

But researchers from MIT might have a solution: they’ve created an ink that can be safely embedded in the skin alongside the vaccine itself, and it’s only visible using a special smartphone camera app and filter.

In other words, they’ve found a covert way to embed the record of a vaccination directly in a patient’s skin rather than documenting it electronically or on paper — and their low-risk tracking system could greatly simplify the process of maintaining accurate vaccine records, especially on a larger scale.

“In areas where paper vaccination cards are often lost or do not exist at all, and electronic databases are unheard of, this technology could enable the rapid and anonymous detection of patient vaccination history to ensure that every child is vaccinated,” researcher Kevin McHugh said in a statement.

This new research, which was published in the journal Science Translational Medicine on Wednesday, came about after following a direct demand from Microsoft founder Bill Gates himself, who has been personally involved in efforts to eradicate polio and measles through vaccinations, according to Scientific American.

Delivering the dye required the researchers to find something that was safe and would last long enough to be useful. “That’s really the biggest challenge that we overcame in the project,” Jaklenec says, adding that the team tested a number of off-the-shelf dyes that could be used in the body but could not find any that endured when exposed to sunlight. The team ended up using a technology called quantum dots, tiny semiconducting crystals that reflect light and were originally developed to label cells during research. The dye has been shown to be safe in humans.

If that’s what it’s used for, it will eventually also be used to force vaccines on those who wish to not receive them. There’s an obvious agenda here too when you follow the money: the Bill and Melinda Gates Foundation funded the team’s research.