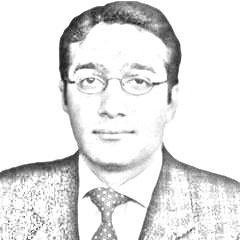 Last week, India commemorated the 72nd anniversary of Gandhi’s death with verve and regard. He was killed on January 30, 1948 by Nathuram Vinayak Godse – a follower of the right-wing Rashtriya Swayamsevak Sangh (RSS) – who attributed it to Gandhi’s alleged emasculation of Hindus and generosity towards Muslims.

The hate that once inspired Godse is rising again in India; and the credit goes to Modi-Shah doctrine which desires Hindu supremacy and dominance in India to the persecution of the rest of minorities especially the Muslims.

The doctrine is best encapsulated in the recent cover story published in The Economist. The scathing piece under the headline, “Intolerant India: Narendra Modi stokes divisions in the world’s biggest democracy” relates that Mr Modi seems to calculate that a sizeable Indian voters are sympathetic to his constant insinuation that Muslims are dangerous fifth columnists, and always scheming to do Hindus down and sell India to Pakistan.

Deeply imbued with the hate ideology of Godse or its reincarnation in the form of Modi-Shah doctrine, a young man of hardly 17 – on the same day, Gandhi’s death anniversary was being observed – shot at the peaceful protestors at Delhi’s Jamia Nagar – mostly Muslims – while the police stood by calm, but vigilantly came into action when the bullet had left the barrel. Before opening fire, he shouted, “yeh lo azadi (here lies your cravings for freedom)”.

The boy enacted as the killer in New Zealand had executed by going live on Facebook. One of his Facebook posts reads, “Shaheen Bagh, khel khatam (Shaheen Bagh, the game is over)”. Shaheen Abad, in fact, is the focal-point of anti-Citizenship Amendment Act (CAA) protests. Scores of women daily appear here and outpour their angst against the law which makes them alien in their own land.

Hate has proliferated so deep and wide in India that when the people in the hometown of the shooter came to know that he had opened fire at the crowd of Muslim protestors and their supporters, they came out of their homes and chanted slogans supporting his action.

On another occasion, another charged shooter fired at the students of Jamia Milia Islamia University. After being clutched by the contingent of pliable police officers of Delhi, he was shouting vociferously, “Hamaray des main sirf Hinduon ki chalegi aur kisi ki nahi (in our country, only Hindus will prevail)”.

The shooting spree started taking place in quick succession after Anurag Thakur, the Union Minister for Finance in the cabinet of the Prime Minister Narendra Modi, echoed in one of his political gatherings, “des kay gaddaron ko goli maaro saloon ko (shoot all the traitors of the country)” – an oblique reference to the anti-CAA protestors.

The cause of these protests in India is the Citizenship Amendment Act (CAA) which was approved by the Indian parliament on December 12. The bill allows Hindus, Sikhs, Buddhists, Zoroastrians, and Christians who came to India from nearby Muslim-majority countries – Afghanistan, Bangladesh, and Pakistan – prior to December 2014 to attain citizenship. But the Muslims were excluded.

The residents of the Muslim-dominated areas say that the police enter their homes, hurl abuses at everyone including women and children, break their doors and beat up whoever is around

The Chief Minister of Uttar Pradesh (UP), Yogi Adityanath, an extremist Hindu nationalist ill-famed for his open hatred of the Muslims, has vowed to take revenge on the protestors. In the aftermath, we have witnessed heart-rending accounts of police brutalities in the province.

The residents of the Muslim-dominated areas say that the police enter their homes, hurl abuses at everyone including women and children, break their doors and beat up whoever is around.

Communal violence is not new to India. Hate lurked there but it was never so much virulent as it has turned now. The desire in India for bolstering the pluralistic, secular, democratic and diverse culture seems to lose the battle in the face of imperious norm of ultra-sentimentalism steeped in the poison of chauvinistic intolerance.

This was not the India Jawaharlal Nehru had envisioned when he said in 1948, “We cannot encourage communalism or narrow-mindedness, for no nation can be great whose people are narrow in thoughts or in action.”

India, now, under Mr. Modi and his second-in-command, Amit Shah, has altogether morphed into a bigoted state where hate is let loose on religious minorities, marginalized communities and critics of the government. Sedition and counter-terrorism laws are wielded to strangulate free speech. Dissent is labeled as anti-national. There are tales of torture and extra-judicial killings by Indian security forces in many areas especially the states of Uttar Pradesh, Haryana, Chhattisgarh, and Jammu and Kashmir.

Though the Muslims are the biggest victims of this bulging hate in India, yet the condition of other minorities has also gone piteous over the time.

A while ago, a mob of 200 members of Rashtriya Swayamsevak Sangh (RSS), a radical Hindu group, attacked a Catholic school in Tamil Nadu and stripped some of the nuns who taught there, attempting to throttle them with their rosaries.

Dalits, formerly untouchables, in India also feel alienated and persecuted. “They continue to be discriminated against in education and in jobs”, reveals Amnesty report last year.

When the hate culture to the tune of “des kay gaddaron ko goli maaro” is let to groom in a polity under the patronage of state, the pluralistic values – which promise harmony and balance amongst the denizens – crumble, making the environment difficult to breathe in. This is what India is fast skidding into. Civil society, politicians from oppositions and unbiased media can project a robust fight to this fascism unleashed by the Modi-Shah doctrine.