Why was Gandhi assassinated?

Why did Nathuram Godse – a fundamentalist Hindu – kill Mohandas Karamchand Gandhi – the founder of the Republic of India – on 30 January 1948? What were the variables which influenced Godse to take the life of a man whom Indians called “Bapu” (the father)? Does Gandhi’s morality and being a realistic person were among his crimes which justified his killing? If Gandhi was a balanced and perhaps unbiased person, then what elements or forces wanted to deny Pakistan of its rightful and legal share in the aftermath of the partition? The assassination of Gandhi cemented the suspicions on the presence of a secret organisation inside India that wanted to intimidate and terrorise all those who had a little shroud of sympathy towards Pakistan – India’s ideological rival and opponent.

15 November2017 marked the 68th death anniversary of Nathuram Godse who was hanged by the Indian government on account of the assassination. Bhartiya Janata Party (BJP) and various factions of its parent organisation Rashtriya Swayamsavek Sangh (RSS) celebrated the day in remembrance of the martyr – Godse. Apart from Gandhi’s alleged illicit sexual relations with his two nieces, he was perhaps a realistic person who was aware and convinced of the demands of Muslims of India. He met with Muhammad Ali Jinnah, the founder of Pakistan, and agreed to the justified demands of All India Muslim League.

It still is a matter of a holistic debate that why a fundamentalist Hindu killed the founder of India. The connotations attached to the assassination of Gandhi can only be understood by meticulously studying the actions and decisions of Gandhi. He wanted to create an India on purely secular ideas. He was a British-educated rational person and was aware of the demographics and strategic realities of the sub-continent. Gandhi and Jinnah envisaged America-Canada like relations between India and Pakistan; however, Gandhi was not aware of the ambitions of back-stabbing Hindu nationalists.

Perhaps it may sound a bit radical thought,but ostensibly Jawaharlal Nehru was behind the assassination of Gandhi and surreptitiously motivated Godse to kill Gandhi. Nehru was the primary beneficiary of Gandhi’s assassination. He not only took the command of Congress that is still in control of his family members, but he also provided an opportunity to the Sangh Parivar to openly propagate and preach Hindutva ideology under the disguise of secularism and pluralism.

If the premise mentioned above is wrong then why extremist Hindu organisations like Akhil Bharatiya Hindu Mahasabha, Arya Samaj, Rashtriya Swayamsevak Sangh (RSS), Vishwa Hindu Parishad (VHP), Bajrang Dal, Shiv Sinha and Bhartiya Janata Party (BJP) are operating freely inside secular India. The biased Indian media and academia are still not able to answer that why BJP and other affiliated right-wing organisations are trying to rehabilitate Nathuram Godse? It is an amazing fact for the readers that Godse is a celebrated martyr of extremist Hindu organisations as well. 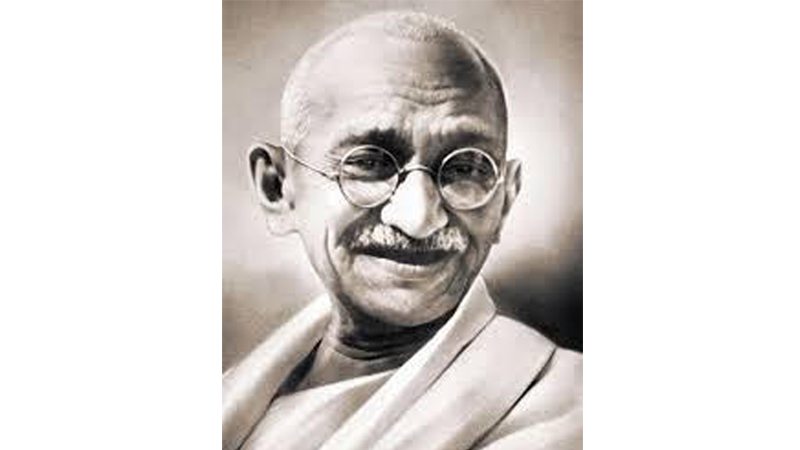 One can understand the dangerous followers of Vinayak Savarkar-mentality of extremist Hindus that they didn’t hesitate to kill the father of their nation whose only sin was that he behaved rationally and not under the paradigm of Hindutva. In the contemporary era, PM Modi has become a prisoner of his own words. It would not be a surprise that like Gandhi, Modi will also be assassinated by Akhil Bharatiya Hindu Mahasabha, RSS, VHP or some other right-wing Hindu militant organisation. The Sikh, Dalits and Muslims of India must stand up and fight these elements that would ultimately put India on the brink of a nuclear war with Pakistan, like BJP’s Vajpayee did during the Indo-Pak Military Standoff of 2001-02. With the Indian Army’s Cold Start Doctrine and its possible execution in the event of a so-called terrorist attack inside India, the strategic stability in South Asia can never be materialised.

Indian obsession with Pakistan is above the understanding of a common human being except for a few Hindu extremist organisations. If it is wrong then, why Hindu India trained and armed terrorists and miscreants of “Mukti Bahni” to carry out attacks against East-Pakistan in 1971. Hindus are that much fearful of the “Two Nation Theory” that after the separation of East-Pakistan PM Indira Gandhi (later on the butcher of Golden Temple) said that “We have drowned the Two Nation Theory in the Bay of Bengal”.

Hindutva is the root of terrorism network that has dominated the region,and it is quite the irony that they try and label Pakistan for supporting terrorism. People may think and say that Modi has been successful up to some extent in isolating Pakistan on the diplomatic front,but soon they will be astonished to see that Modi is leading India to a dark abyss and from that, it will never be able to return. The inhabitants of India must realise that Hindu nationalism and Saffron terrorism have entirely engulfed its secular identity and they have merely become expendable merchandise in the hands of terror-oriented militant Hindus. Late Indian author Ananthamurthy’s latest book “Hindutva or Hind Swaraj” is a tremendous piece of literature to understand the dangers of Hindu nationalism.