George Eliot — a modernist in the Victorian Era 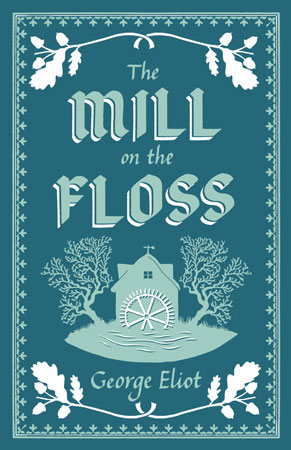 Victorian age not only found but also propagated manners and morals abundantly and made it visible in the literature of that time.

This aspect of literature of Victorian age made it one of the populist forms of literature, specially fiction got prominent because of such trends. The significant and glaring names of the age are Hardy, Dickens, Eliot, Meredith, and others in this regard. Among this galaxy, George Eliot (Mary Ann Evans) was a kind apart because she shared qualities of her fiction less with Victorian and more with the early 20th century modernist fiction writers like Virginia Woolf. It was because of the psychoanalytic tendencies she used to lay open her characters before the readers. Like Chaucer she never gave any judgment and rather let the reader make an opinion out of the narrative of the novel.

George Eliot created many wonderful master pieces of modern characters in her fiction and earned huge popularity among the Victorians. These modernist tendencies are rather vigorously evident in her novel ‘Mill on the Floss’ because of the portrayal of the conflicts that the heroine Maggie undergoes when she is faced by the challenge to choose between love and duty. This conflict has bred itself right from the childhood when she was always torn between her childish tendencies and the demands of the family, uncles, aunts and her mother. Maggie reacted to these conflicts when she was a child sometime by confining herself in her attic and beating the fetish doll, sometime by throwing Lucy (her cousin) into the muddy pond, and sometime by escaping towards the Garum Firs, in order to become a Gypsy queen. But as soon as she grows up, these conflicts also grow mature and she became no more able to react and so had to make a difficult choice between duty and love.

The mature conflict in her made her life difficult when her father made Tom promise that he would never let Maggie love Philip because Philip was the son of the enemy while Maggie had a friendly relationship with him – the relationship that started in childhood and shifted to girlhood and had nothing bad in it. This time Maggie had to prefer her duty towards her brother and family and sacrificed what she thought her possession. And once again, Maggie had to sacrifice her passion for Stephen because this time it was her cousin Lucy who would be damaged if she continued to walk on the path of her passion.

This time however, this hard choice had bitter consequences for her because this time, it was not her father or brother or Philip who would forgive and spare her; this time a woman was at odds with the society which would have its share of the punishment without fail. When Maggie returns without marrying Stephen because of the moral dilemma, social norms against a woman react very badly in multiple forms; first her brother refuses to take her back; secondly, the village priest who too could not help her; third she has to face her alienation from her own village and has to take refuge with her childhood play mate, Bob Jakin in his poor settlement.

George Eliot’s heroine gives and ample proof of patience in her sufferings and upholds the ideals that she cherishes and thinks right. She agrees to live in suffering but was again ready to sacrifice for her brother when he was in difficulty. When her brother Tom was in difficulty, she puts herself in danger and goes single handedly in a boat to save her brother and ultimately dies in her efforts.

Maggie, therefore, sets higher ideals for the love and sacrifice but while doing so, the writer has exposed the anti-woman norms, traditions and views of the society and has thus paved the way for the education of women in general as well that they may be put in such a situation because of their love for their families and their love for their passion. George Eliot goes one step ahead of the Victorian novelists by portraying the psychology of the young women of the society and questioning the social norms of the society.

Maggie’s character is a prototype for the young women of the all tradition bound cultural societies where the young women are mostly in conflict with the norms of the society. These norms make the life of even the modern educated women of 21st century very difficult and complicated because mostly the ideals of the modern educated women do not fit into the traditional framework of the society. This calls for a review of these norms and traditions and make them women friendly as well so that many modern Maggies may not kill themselves physically or mentally.

The writer deserves a lot of accolade and appreciation for developing such a fictional character which is sufficiently developed and is capable of delivering message very effectively to the men and women about their conflict-ridden lives. The young men and women who face these lives, need, instead, a tap on their back and to be encouraged to follow their ideals while the socio-political set ups need to be more congenial towards the individual liberty and rights even if it is in case of a young woman.

The Mill on the Floss is a novel by George Eliot (Mary Ann Evans), first published in three volumes in 1860 by William Blackwood. The first American edition was published by Harper & Brothers, Publishers, New York