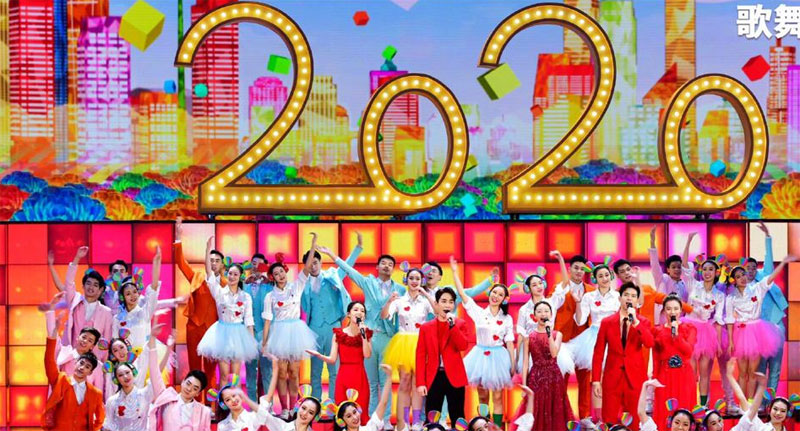 The Chinese New Year Eve was celebrated on Friday. The 2020 Spring Festival Gala, arranged by the China Media group used a number of new technologies such as 5G and drones, made a wonderful appearance, bringing an audio-visual feast of the fusion of technology and culture to global audiences.

The gala is closely related to the theme of the times and hot social topics. From expressing love for families and hometown, to praising the contribution of people and expressing bless to the motherland, from chasing dreams to praying for happiness, from bright folk songs to dynamic disco, rich and wonderful programs integrated with tradition and fashion made this gala into a “New Year Eve Cultural Feast”.

In order to fight the epidemic of the new type of coronavirus pneumonia, a scene report program “Love is a Bridge” was specially added on the live broadcast of the Spring Festival Gala to help Wuhan and cheer for China.

This year’s “Spring Festival Gala” stage created a three-dimensional dance beauty for the first time, while using flying screen technology to create a 360-degree surround landscape, bringing the audiences the ultimate experience of “naked eyes 3D” in front of the screen.

In order to fight the epidemic of the new type of coronavirus pneumonia, a scene report programme ‘Love is a Bridge’ was especially added on the live broadcast of the Spring Festival Gala to help Wuhan and cheer for China

In addition to the main venue in Beijing, this year’s “Spring Festival Gala” set up two branch venues in Zhengzhou of Henan Province and Guangdong-Hong Kong-Macao Greater Bay Area in southern China, showing strong regional cultural characteristics. The “Spring Festival Gala” adopts all-media communication methods, and innovatively utilizes the linkage of large and small screens to broadcast live globally. More than 500 media outlets of more than 170 countries and regions, including the United States, Britain, Japan, Russia, Brazil, Singapore, UAE, Malaysia, Thailand, Laos and movie theatres of more than 20 countries and regions are giving live coverage of the Gala and screening the movie. 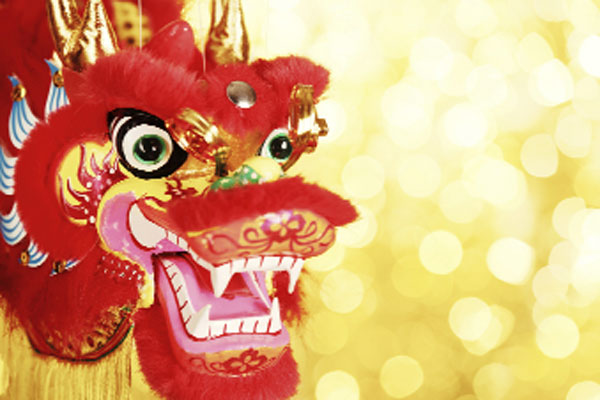 The Gala lasted for 260 minutes and included programs such as songs, dances, magic shows, acrobatics, operas, sketches and so on. At the same time, robots and drones also participated in the shooting and production of the programs, realizing VR live broadcast for the first time. This year, CMG will also produce and distribute a live movie “Spring Festival Gala 2020”.

Chinese New Year (or generally referred to as Lunar New Year globally) is the Chinese festival that celebrates the beginning of a new year on the traditional Chinese calendar.

The festival is usually referred to as the Spring Festival in mainland China, and is one of several Lunar New Years in Asia. Observances traditionally take place from the evening preceding the first day of the year to the Lantern Festival, held on the 15th day of the year. The first day of Chinese New Year begins on the new moon that appears between 21 January and 20 February.

In 2020, the first day of the Chinese New Year will be on Saturday, 25 January, initiating the Year of the Rat.

Chinese New Year is a major holiday in China, and has strongly influenced Lunar new year celebrations of China’s neighbouring cultures, including the Korean New Year (seol), the T?t of Vietnam, and the Losar of Tibet.

It is also celebrated worldwide in regions and countries with significant Overseas Chinese or Sinophone populations, including Singapore, Indonesia, Malaysia, Myanmar, Thailand, Cambodia, the Philippines and Mauritius, as well as many in North America and Europe.

Chinese New Year is associated with several myths and customs. The festival was traditionally a time to honour deities as well as ancestors.

Within China, regional customs and traditions concerning the celebration of the New Year vary widely and the evening preceding Chinese New Year’s Day is frequently regarded as an occasion for Chinese families to gather for the annual reunion dinner. It is also traditional for every family to thoroughly clean their house, in order to sweep away any ill-fortune and to make way for incoming good luck. Another custom is the decoration of windows and doors with red paper-cuts and couplets. Popular themes among these paper-cuts and couplets include that of good fortune or happiness, wealth, and longevity. Other activities include lighting firecrackers and giving money in red paper envelopes. For the northern regions of China, dumplings are featured prominently in meals celebrating the festival. It often serves as the first meal of the year either at midnight or as breakfast of the first day.