The recent developments in international affairs have a profound impact on global politics. With the assassination of Iranian general Qassem Soleimani, the relations between Iran and the US have worsened an already tense situation bringing it to a stalemate. It was highly feared that an impending doom was likely to ensue in case the situation did not calm down. In retaliation, Iran attacked US air bases in Iraq, but the US administration reported that no casualties had taken place. Political experts are of the view that US’s position and its presence in Iraq,Syria and Afghanistan is likely to weaken as Iran would most probably retaliate and launch an attack through a proxy war.

The recent Iranian attacks on Saudi Aramco in Saudi Arabia is one example. Iran’s influence in Afghanistan, Yemen, Syria and Iraq and its connections with militias have increased in the entire region over the passage of time. That is one of the reasons why political experts think that US incursions and its exertion of influence is likely to face a backlash. As far as the relationship between Iran and the US is concerned,it has been a strained one since 1953 when the democratic regime of Mossadegh was toppled down in a coup of Raza Shah in connivance with the CIA.

The increasingly bad relations between the US and Iran, if not contained, are likely to create a disastrous impact on global financial markets. There is also a likelihood that in case this volatile situation continues, supplies of oil containers through the Strait of Hormuz would be affected if Iran blocks the passage as more than twenty percent of oil supplies passes through it. As a result, the oil prices would escalate, and developing countries, especially the oil-importing ones, would face a scourge of inflationary pressures.

At present, Pakistan is going through a phase of stagflation in which both unemployment and inflation are surging upwards

After the Arab Spring, the entire middle eastern region has been through a cataclysmic situation, deeply affected by civil war, strife and anarchy. The spill-over effects of Iran’s recent protests would make the situation more chaotic as the oil supply chains would be affected, which would result in an escalation of cost-push inflation to an exponential level.It could be said that Iran’s revolutionary ideology no longer entices Iranians who are tired of economic hardships and international isolation. Iranians welcomed the 2015 nuclear deal, and recently, they took to the streets against the regime.That has convinced Trump’s administration that exerting more pressure on Iran can borne fruit and bring an end to the Islamic republic.

Recently. the foreign policy of Pakistan faced a setback when Prime Minister Imran Khan was unable to attend a summit held at Kuala Lumpur,Malaysia, owing to the ‘pressure’ of Saudi Arabia.It demonstrated that Muslim countries are divided, and Pakistan had to step back despite the fact that Malaysia and Turkey openly gave their support on the Kashmir issue at the UN headquarters.Second, Pakistan’s response to the recent killing of General Qassem Soleimani has been neutral, which is a bit disappointing. Pakistan’s government should have categorically condemned the US’s assassination of Soleimani. On one hand, as a nuclear power, Pakistan vows to act as a mediator between Saudi Arabia and Iran, and on the other, it declined, at the last minute, to attend the summit in Kuala Lumpur, and showed its neutrality in the wake of the recent strike of the US against Iran. 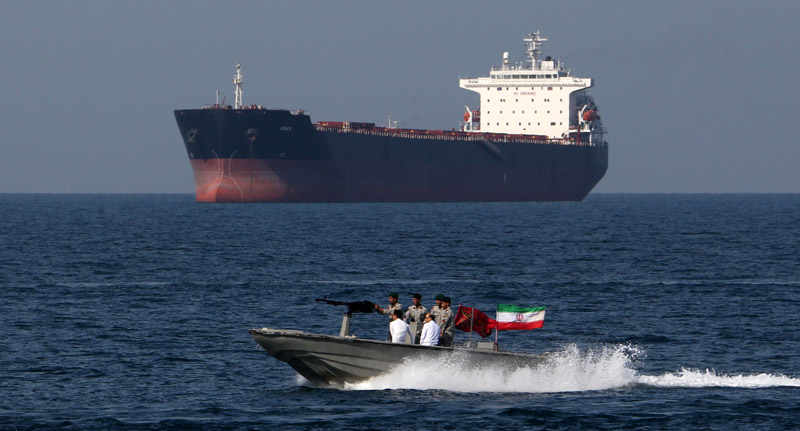 On the economic front, after eighteen months, government’s performance has proved to be extremely dismal, and day by day its position has weakened.The deteriorating situation has been further exacerbated by the recent wheat crisis, which has resulted in creating a shortage in supply and a spike in prices.Although the performance of the previous governments has also not been impressive at all, leaving the country in a crisis, the present government’s policy of keeping the interest rates high, at more than 13 percent, just to attract ‘hot money’ from foreign entities to keep the rupee value afloat, also seems to be not working.Due to high interest rates, entrepreneurs are not willing to invest, and businesses are moving towards closure, which is further giving rise to unemployment.High interest rates would further increase the debt burden on the government.

The present government seems to lack direction, which is evident from the fact that after the lapse of eighteen months, it has not been able to formulate an agricultural policy.Farmers are facing problems in gaining access to credit at low interest rates. They do not have funds to buy certified seeds, and there is no support-price mechanism regarding cash crops provided by government to farmers.The entire agricultural support has been provided to cater to the needs of sugar barons who are a part of every government and who use their influence for their vested interests.How can we expect from even from this government to formulate a fair and equitable agricultural policy?

It is not a secret that cotton growing areas are being converted into sugar plantations in the past few years; it is because farmers get a better support price on sugar crop.That is one of the main reasons behind the damage being caused to textile industry.Textile is one of the major sources of our exports, but government is not bothered about it while it caters to the interests of sugar barons.Government is not paying attention to farmers’ lack of access to credit.If banks start giving cheap credit to farmers,only then would they be using certified seeds and fertilisers to increase their yield.

The current monetary policy of Pakistan would not allow it to generate a robust economic growth.At present, Pakistan is going through a phase of stagflation in which both unemployment and inflation are surging upwards;it is a grave cause of concern.Without securing at least a six percent economic growth rate,people’s real income would continuously fall, and poverty levels would further increase.Economic growth rate of mere 2.8 percent,high inflation,high energy tariffs further compounded by cartelisation and anti-competitive practices would not help in any way; instead, the growth would further stagnate.The common man is suffering,and businesses are closing.At present, the impoverished condition of our people is akin to what we read in John Steinbeck’s novel Grapes of Wrath.It is time to wake up now.

The writer is a human rights activist, constitutional lawyer and teacher